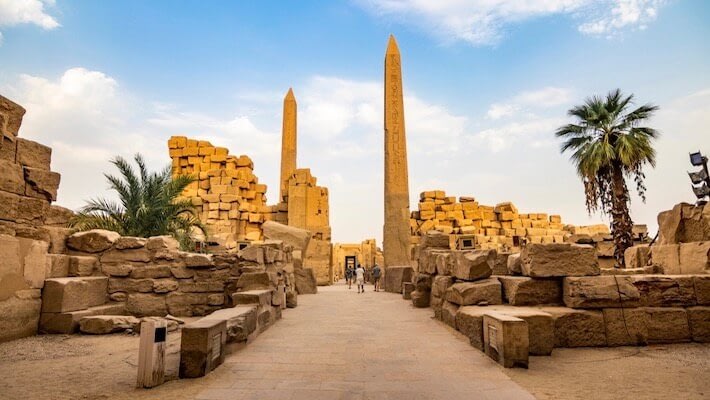 Take a trip through Ancient Egypt with our 10-hour Luxor Tour from Sharm El Sheikh; a high quality Egyptologist-guided private tour. Board a flight from Sharm to Luxor in the morning. Visit Karnak and Luxor Temple on Luxor’s East Bank, and then visit the majestic mortuary Temple of Queen Hatshepsut and the Valley of the Kings on the Luxor West Bank.

After what can only be described as a truly unforgettable day, you will fly back to Sharm, and you will be back in the comfort of your hotel in time for a good night’s rest.

The first half off your tour takes place on Luxor’s East Bank. During this part of your tour, you will visit both Karnak Temple and Luxor Temple. Although not much remains of the original Karnak Temple complex, there is still so much to see. The original temple was dedicated to Amon, his wife Mut and their son Khonsu. Several pharaohs made alteration and added extensions over a period of more than 2,500 years. To this day, it is believed to have been the largest place of worship ever constructed.

After you have visited these two remarkable ancient attractions on the East Bank, you will then be taken for lunch at a good local restaurant. Lunch is included in the price of your Luxor Tour from Sharm El Sheikh. Once you have finished enjoying your lunch, it will then be time for your Luxor West Bank tour to begin.

Your first stop will be at the famous Valley of the Kings. This was a vast royal burial ground where pharaohs and other royalty were buried during the New Kingdom era. Certain other highly privileged people were also buried here. Unlike earlier pharaohs who favored pyramids, New Kingdom pharaohs favored excavated tombs.

The most famous tombs in this ancient necropolis are those that belonged to King Tutmosis I, King Tutmosis III, King Tutankhamen, King Ramssess VI, King Mrenptah and King Amonhotep II. While several tombs are open to visitors, some require special admission tickets which can only be purchased at the site.

Next, your guide will take you to see the spectacular mortuary Temple of Queen Hatshepsut. No Luxor Tour from Sharm El Sheikh would be complete with a visit to this vast rock-carved temple. Interestingly, it was constructed by the same tradesmen who were responsible for constructing and decorating the tombs in the Valley of the Kings.

Finally, after a truly unforgettable day, your Egyptologist guide and driver will transfer you to Luxor Airport in time for you to board your flight back to Sharm. When you land at the airport in Sharm, our tour representative and driver will be waiting for you, and then you will be transferred back to your hotel. Your Luxor Tour from Sharm El Sheikh has now come to an end, but this will have been a day that you will remember forever.

Inclusions – What is included in your Luxor Tour from Sharm El Sheikh:

Exclusions – What is not included in your Luxor Tour from Sharm El Sheikh: 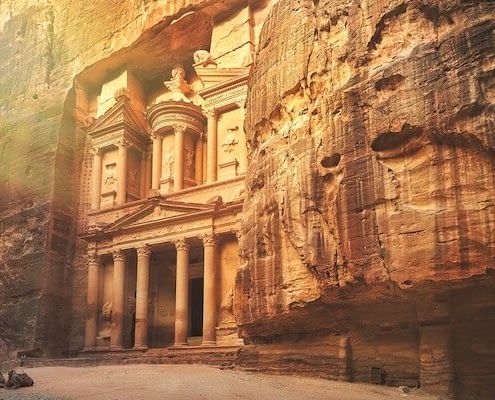