With our Middle East Tours Packages the magic never ends. Come experience the best of Egypt and the Middle East. Explore Egypt plus Jordan, Morocco, Dubai and/or Turkey in one grand sightseeing tour.

Your journey of discovery into Egypt and other fascinating Middle Eastern destinations starts right here. When you book your Middle East tour package with us, you’re booking far more than just a vacation – you’re booking a bespoke tour experience that will live with you forever. Satisfaction guaranteed! 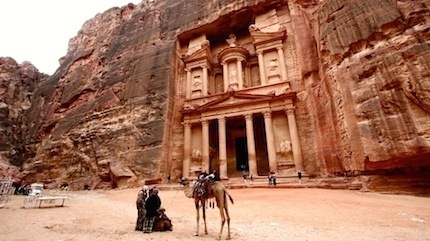 Travel through thousands of years of history, and explore remnants of ancient civilizations that shaped the world we live in today – Egypt and Jordan tours. Read more… 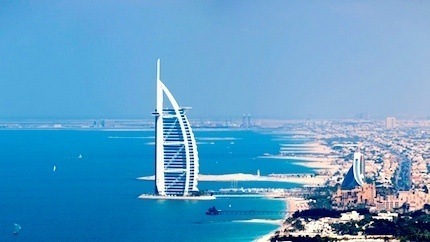 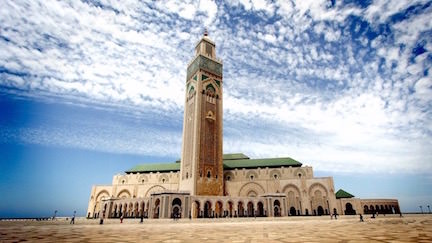 Step inside ancient pyramids; visit timeless tombs and temples; cruise the Nile River, and then lose yourself in magical Morocco – Egypt and Morocco Tours. Read more… 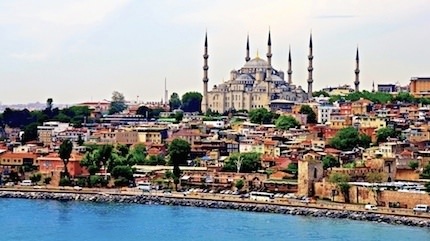 Propel yourself back in time; visit the works of pharaohs and emperors in Egypt, and explore the marvels of the Ottomans in Turkey – Egypt and Turkey tours. Read more…

The Middle East is living testimony to some of our planet’s most ancient civilizations, and host to countless awe-inspiring attractions to suit all tastes. Whether you’re traveling from North America, Australia or Egypt drawn to the region by the majestic Great Pyramids of Giza or the fascinating Rose City of Petra in Jordan, or whether you want to experience the wonder of the modern marvels of Dubai, we can make your dream come true.

In addition to our flexible Middle East vacation packages, we also offer customized tours which can be tailored to your own personal desires, complete with your very own personal guide and driver. 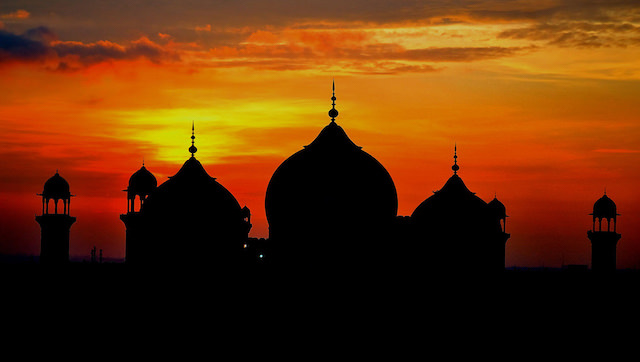 Have you been considering a vacation to Egypt? Along with the Red Sea, Cairo, and the pyramids, Egypt has a lot to offer, but it is certainly not the only vacation destination in northern Africa and the Middle East. With Middle East vacation packages from Egypt Tours Plus, you can actually reach multiple amazing destinations within the Middle East, all in one incredible vacation.

Founded in the 6th century BC and absorbed by the Roman Empire at the beginning of the second century AD, the gorgeous ruins of Petra’s buildings are hewn from rock faces, giving them a unique and spellbinding appeal.

With so many beautifully ancient buildings carved from stones with a warm, pink hue, Petra is often called the Rose City. Here, you can visit ancient tombs, temples, and ruins and find yourself lost among some of the most beautifully constructed and sculpted buildings in the world. As the sun sets over Petra, the pink shade of its stone buildings comes to life and creates a stunning sight that you’ll find nowhere else in the world.

Getting around in Petra is as fun and interesting as seeing its ruins. There are only two accepted modes of transportation: on foot or on camel. Spending a day and evening in Petra is among the most fulfilling and awe-inspiring things you can do on Middle East vacations.

And, if you find yourself in Jordan, you should also visit the Dead Sea. This unbelievable body of water at the border of Jordan and Israel is actually found at the lowest elevation level on earth. Swimming here is an otherworldly experience, as the high salt content of the water increases your buoyancy and makes you float as if you were entirely weightless.

And the high salt content isn’t all that’s special about the Dead Sea. The vitamin and mineral content in the mud is said to have a rejuvenating and revitalizing effect on the skin. Tourists and travelers have been making pilgrimages to the Dead Sea for thousands of years, and today you have your choice of a number of gorgeous resorts where you can stay in Jordan as you travel the Middle East.

Across the Dead Sea from Jordan, you’ll find yourself in Israel, home to numerous amazing historical sites and gorgeous cities. Jerusalem, for example, was founded over 3000 years ago, and it is known by many as the spiritual center of the world.

Jerusalem is held holy by all three of the world’s major monotheistic religions: Islam, Christianity, and Judaism. Navigating through this holy city can feel a lot like traversing a beautiful maze, full of history and beautiful attractions. While you’re here, visit Zion Square, Davidka Square, Mount Scopus, the Dome of the Rock, or the Tower of David Museum.

Around every corner, it seems, in this beautiful walled city, you’ll find famous landmarks, living history, and modern progress. Churches, monasteries, mosques, and temples all create a gorgeous setting for your trip through Jerusalem on your vacation.

For your Middle East tour package, you should also consider Turkey, which is home to a number of beautiful cities and attractions. Chief among them is Istanbul, a city that mixes the cultures of Europe and Asia in a way that you won’t see anywhere else on earth.

As you meander through the streets of Istanbul, you can still see the incredible, ancient architecture of its former days as Constantinople. You will see Hagia Sophia and the Blue Mosque, among other unforgettable buildings.

Among those other buildings is the Basilica Cistern, which you absolutely must visit when you go on Middle East tour packages in Istanbul. In ancient times, the Basilica Cistern was a part of an incredibly complicated system that brought potable water to Istanbul from the area then known as Thrace (in the southeast Balkans, now part of Turkey). The cistern once provided water for the entire city, and today it provides a beautiful and romantic destination for Middle East vacations, as it has been filled with beautiful fish, lights, and music to entertain and entrance visitors.

Among the interesting features of the Basilica Cistern is the head of Medusa, upside down, at the base of one of the pillars. In the days of Constantine, this would have been seen right side up in a temple to the gods. In Byzantine times, it was recycled just like any other stone or piece of rubble. Today, it is a beautiful piece of a water feature that attracts tourists from all over the world on Middle East vacation packages.

While visiting Istanbul, don’t miss the Spice Bazaar, the world’s second largest covered market. Here you’ll find a feast for the senses with dried fruits, nuts, loose tea leaves, and, of course, all of the spices you could possibly imagine. Istanbul is also home to the Mevlevi Order of Sufi whirling dervishes. A trip to this beautiful city is not complete without catching a show of this beautiful (and dizzying) spectacle of worship.

And don’t forget to enjoy some of the world’s most delightful foods and beverages when on Middle East tour packages in Istanbul. Enjoy kumpir, Turkish delights, and traditional Turkish tea. If you’re feeling adventurous, try a glass of Ayran. The drink of Turkey, Ayran is yogurt-based and has salt mixed into it. People seem to either love or hate it, but you will never know whether you enjoy this wildly popular Turkish beverage unless you try it.

Istanbul has this and much more to offer. Exploring the city on your own without a guide can be fun, but you won’t be nearly as likely to find everything you’re looking for or to really experience the culture and history of this beautiful place on your own. That’s why Middle East vacations are the way to go when visiting Istanbul or any city in this region.

The capital city of the United Arab Emirates, Abu Dhabi is an incredible destination for Middle East vacations. The city actually spans a series of islands, giving it an oasis feel that’s incredibly attractive in and of itself. The architecture is an incredible sight, as well, as Abu Dhabi is home to new locations for the Louvre, the Guggenheim, and one of the world’s largest mosques open to non-Muslim people.

What should you do while on Middle East vacations in Abu Dhabi? Well, first of all take a stroll down the promenade. To see the whole thing, you might need to rent a bicycle, though, as it stretches a full four miles. As you make your way you’ll see the Capital Gate building, which has more of a tilt to it than the leaning tower of Pisa, but that’s certainly not the only attraction.

In addition to the interesting modern and post-modern architecture along the promenade, you’ll find fine dining from Europe, Ethiopia, Iran, and all over the Middle East. And of course you’ll also see loads of shopping opportunities, too.

Interested in what an ideal city might look like in the future? Near Abu Dhabi’s airport, you’ll find Masdar City, a zero-carbon development that’s dedicated to a greener tomorrow. No cars are allowed here, and the whole city (still only the size of a village, but growing) is solar and wind powered. You can ride into Masdar City in a driverless pod vehicle that looks like something right out of the Jetsons, and experience real-life prototypes of some of the technologies that we’ll be seeing in other cities in a few years.

Masdar City isn’t the only place you’ll find dedicated to the future along the way in Middle East vacations, either. While much of what you’ll find on Middle East vacation packages is very much rooted in rich world history, Abu Dhabi and Dubai are two of the most futuristic places you’ll visit in your life. You can really get a feel for the future of the world and how past and present meet when you visit these two cities in the United Arab Emirates on your Middle East tour package.

Dubai represents this perhaps even more than Abu Dhabi. When you visit this city, you’ll find thousands of things to do and see, each of which seems newer and more impressive than the last. Arguably the wealthiest city in the world, Dubai is entirely built around larger-than-life experiences.

For example, the malls and shopping centers in Dubai boast some of the most interesting and fun attractions and ways to get around than you’ll find anywhere else in the world. Want to go skiing in the middle of summer in the Middle East? In Dubai, this is not a problem. You’ll just need to visit the Mall of the Emirates and its giant, indoor ski slope.

If, while you are staying in Dubai, you long for something more traditionally Middle Eastern, you can visit the Bastakia Quarter, one of the few areas of traditional Dubai that has not been demolished to make room for futuristic buildings and progress.

Most of the fun in traveling to Dubai, though, is to see the amazingly modern and futuristic feats of construction that you’ll only find in the United Arab Emirates. For example, Dubai has claimed that it has created the eighth wonder of the world with its creation of a man-made island in the shape of a palm tree with Palm Jumeirah, and there are two more islands under construction with similar themes as we speak.

Wherever your destination with Egypt Tours Plus, you are sure to find yourself exactly where you want to be. You can choose from existing tours of natural attractions and historic sites and/or modern and futuristic cities, or you can even select a custom Middle East tour package just for you. Whatever your interests, there’s something for you in Egypt and beyond. Book your Middle East vacation today with Egypt Tours Plus!

Want to Create Your Dream Trip?

Choose your preferences & get a custom price quote