By all accounts, Tahrir Square in Cairo, Egypt’s bustling capital, has grown to be rather famous around the world, not least because of the protests and demonstrations which took place there during the 2011 Egyptian Revolution. Although the square isn’t really featured in our Cairo tour packages, you will almost certainly get to see it during your stay in the city. 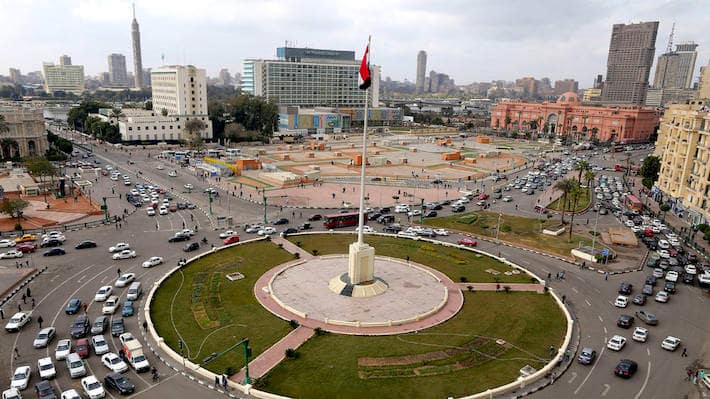 Actually, the square has seen earlier demonstrations as well which have resulted in a revolution. In fact, it was the 1919 Egyptian Revolution that effectively led the square being given its current name.

Prior to 1919, Tahrir Square was called Ismalia Square, but after the revolution it quickly became known as Tahrir Square (Liberation Square). However, the name was only officially changed following the 1952 Egyptian Revolution which resulted in Egypt changing from a constitutional monarchy to an autocratic republic.

Not Your Typical Town Square

Very often, when one refers to a town square, many people envision an area populated by vendors, stalls, and small shops. Tahrir Square, on the other hand, is nothing like that. Instead, it is dominated by an extremely busy traffic circle, around which several lanes of traffic pass.

In fact, the traffic in the square is so heavy that people who need to cross from one side to the other have little choice other than to use the Cairo Metro underground access viaducts. These underground viaducts can also be used for accessing the Cairo Metro itself which links the area to several of the districts and suburbs of Greater Cairo. 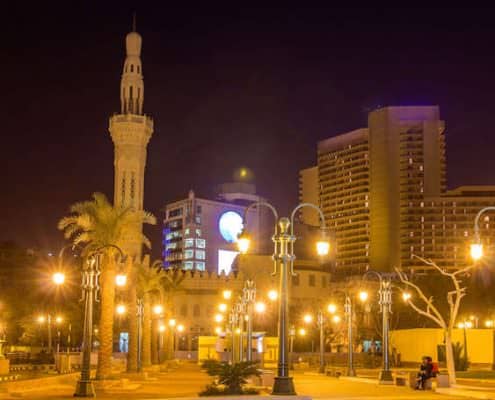 The only real monument as such, is a statue of Omar Makram which can be seen at the plaza on the north-east side of Tahrir Square. Omar Makram is a nationalist hero fought gallantly in an effort to resist an invasion of Egypt by Napoleon I. There is also a large mosque nearby which was named after him, the Omar Makram Mosque.

While there are several noteworthy buildings in the area, including the headquarters of The Arab League, the only building which is of any real importance to tourists is the Egyptian Museum of Antiquities which sees millions of visitors passing through its doors every year.

The museum opened in 1902, and it is currently home to nearly 200,000 ancient Egyptian artifacts, although not all artifacts are on display due to a lack of space. There are tens of thousands of artifacts locked away in storerooms in the basement.

However, because there is concern that many of the items is storage will be deteriorating due to humidity, the decision was made to build a new and far bigger museum near to where the Giza Pyramids are located.

The new museum will be called the Grand Egyptian Museum, and all the artifacts from the current museum will be moved there in time for its official opening. At the time of writing, a partial opening is scheduled for May 2018.

Despite the fact that Tahrir Square does not play any significant role in relation to most Egypt tour packages, apart from being near to the Egyptian Museum, many tourists still make a point of visiting the area simply because of the role it has played in shaping Egypt’s political landscape on several occasions. Even many VIP guests have made a point of visiting the square, including a number of celebrities and numerous senior members of foreign governments.

In short, if you are going to be booking one of our Cairo tour packages, then you might just as well visit Tahrir Square during your stay. It is also worth noting that getting to other popular Cairo tourist attractions from the square is both easy and cheap.