While you might not see Babylon Fortress mentioned in many of our Cairo tour packages, there is a strong possibility that you will get to see this historical site during many of our tours. Babylon Fortress was essentially a huge castle which could be described as being a fortress city, located in Egypt’s Delta region, in an area which is nowadays known as Coptic Cairo. 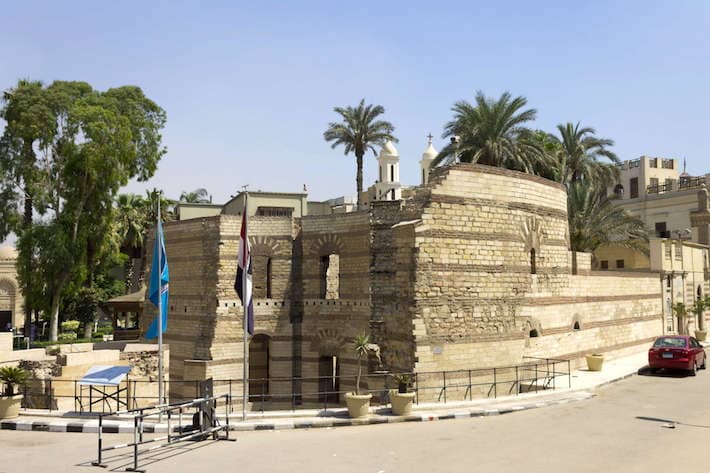 Babylon Fortress in Coptic Cairo. The Hanging Church and the Church of St. George are built into or on its walls.

Coptic Cairo is home to a number of incredibly popular Cairo tourist attractions, including places such as the remarkable Church of St. George which dates back to the 10th century; the famous Hanging Church which dates make to the 3rd century, and the astonishing Coptic Museum which houses the world’s largest collection of Coptic Christian artifacts.

All three of these amazing attractions are actually located within the Babylon Fortress enclosure. As a result, anyone who books one of our Egypt tour packages that include a visit to Coptic Cairo, will inevitably get to see Babylon Fortress.

A Brief History of Babylon Fortress 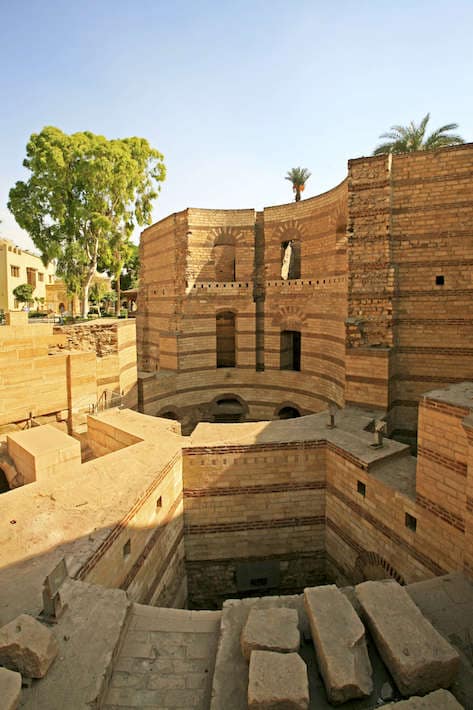 It is believed that the original Babylon Fortress was built during the 6th century BC by the Persians. It was located on the cliffs near to the Nile River, next to the Pharaonic Canal which effectively connected the Nile River to the Red Sea.

Boats and other river craft making their way up and down the Nile would have paid tolls at the fortress, and when the Romans seized control of the area, they continued to use the original Babylon Fortress, but only for a relatively short period of time.

While the Romans appreciated the strategic importance of the fort due to its original location, efficient water distribution was difficult, and the Roman emperor Trajan gave the orders to move Babylon Fortress closer to the river in order to make water distribution within the fortress grounds easier and more efficient.

At the time when Babylon Fortress was moved to its new location, it was right next to the Nile River, but over the many years that have passed, the course of the river has slowly but surely changed, and today, the Nile River is about 400 meters to the north of the fortress.

Babylon Fortress and the town which sprang up within its walls played an important role for centuries while Egypt was under Roman control.

Later, during the time of the Muslim conquest in the 6th century, Babylon Fortress proved what a formidable fortified city it actually was. The invading Muslim forces had already successfully won a number of battles, and they had anticipated that Babylon Fortress was likely to be one of their toughest challenges, and so they arrived well-prepared.

Despite the superior size and strength of the Muslim forces, Babylon Fortress was able to hold them back, and only fell to the Arabs seven months later in December 640.

Babylon Fortress once covered an extensive area because it was after all a fortified city rather than just a simple fort. Sadly, not much of the city remains, although one can still see some ruins a little to the north of what is today known as Old Cairo. 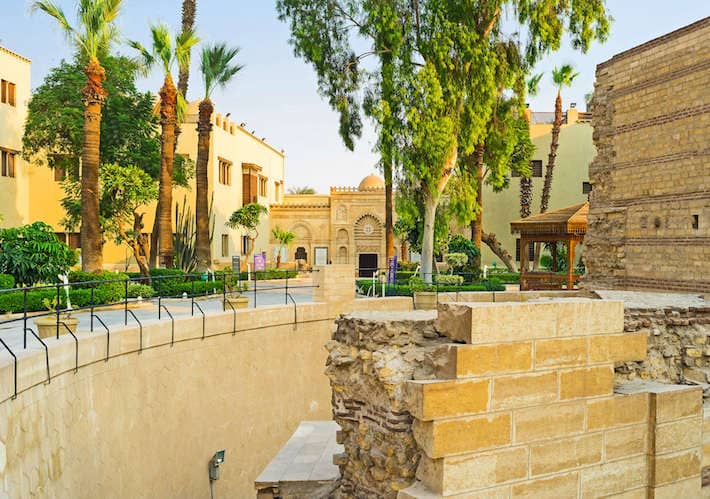 Ruins of the Fortress of Babylon with the Coptic Museum on the background.

The most impressive part of Babylon Fortress is that which you will see if your chosen tour includes a visit to Coptic Cairo, and particularly if t includes a visit to any of the sites mentioned earlier, such as the Hanging Church and the Coptic Museum.

Remember, at Egypt Tours Plus, all of our Cairo tour packages can be customized to meet your own exact needs, so even if this site is not featured in your preferred tour itinerary, we can also add it on request. 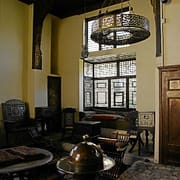 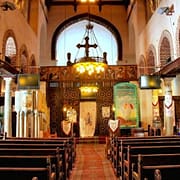 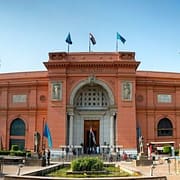 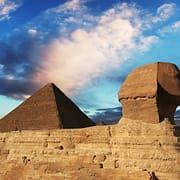