See the Red Sea from the best vantage point: underneath the surface! Marsa Alam Dive Sites offer an internationally renowned diving experience. With white sandy beaches and crystal clear waters, Marsa Alam is often referred to as the Egyptian Maldives.

While Nile River cruises allow you to enjoy a relaxing trip along the Nile that includes visiting and exploring several of the most iconic tourist attractions in Egypt, Marsa Alam dives sites allow you to witness a truly breathtaking underwater paradise. With sheer walls plunging down to over 70 meters, Elphinstone Reef is the mythic dive site of the south. The walls plunge deep into the blue—richly decorated with soft, bright pink, red, white, and brown corals, sponges, gorgonia, and fans. Pelargic, and Wrasse may also be seen. The northern plateau is home to schooling Hammerheads with frequent sightings of oceanic gray, White-tip Sharks, along with Barracuda, numerous big Jacks and even Tuna.

A large reef in front of the last southern civilian town on the Egyptian coastline. Corals gardens have formed near huge coral blocks, “porites,” and there are shoals of Banners, Goatfish, Snappers and Jacks.

A horseshoe shaped reef, which creates a shallow turquoise water lagoon where a large herd of Spinner Dolphins live permanently. Others often show up around noon for a rest and to teach their babies how to hunt. Several dives are found on its outer walls. The western tip provides a large group of pinnacles rising to the surface from a carpet of sea grass, populated by schools of reef fish.

A huge round reef with a lighthouse more than 40 miles away from the coast, features an excellent opportunity for spotting big pelargics all around its steep walls with an extreme variety of fish and coral. Strong currents are possible.

On “Fury Shoal” group, this reef has a good hard coral garden on the north side, and a wreck of an old tugboat fully covered with corals leaning on a pinnacle on the south side.

Good dives on both north and south plateaus, with strong currents, which favor the growth of all types of coral, including black, soft, and fans. Sharks, Napoleon, and Tuna thrive here.

Also named “Dolphin Reef,” this is a huge barrier reef that offers a sheltered inner lagoon and shear walls on the outside—schooling Hammerhead, large Tuna, and Jacks.

Imagine an enormous mountain coming out of the water, surrounded by a lagoon and circling reef including a couple of wrecks and some decent diving with a great variety of both corals and reef fish. Most likely, ancient Egyptians mined this island for precious stones.

As a tiny rock emerging a few feet out of the water, it offers one of the most incredible underwater scenarios of the whole Red Sea. Steep walls falling into the deep blue, currents, soft corals, a great abundance of Pelargics, and all kinds of fish.

Diving at Marsa Alam with Egypt Tours Plus

Most of our Egypt tour packages and Nile cruise packages cater primarilly for tourists who are longing to see and explore Egypt’s many ancient pyramids, temples and tombs, but several of our itineraries also include SCUBA diving in the Red Sea.

If you would like to dive at Marsa Alam but you don’t see it featured in your preferred tour package, we will be more than happy to customize your tour to include diving at your chosen Marsa Alam dive sites. Alternatively, you can create your own unique travel itinerary here. 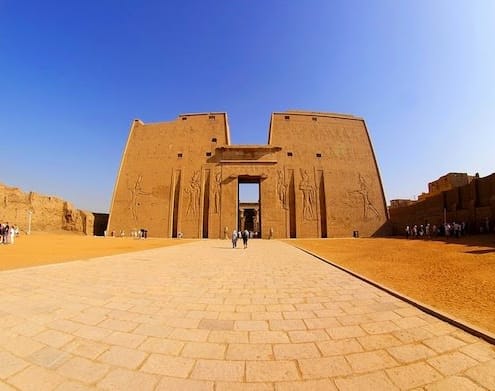 Things to Do in Marsa Alam How to Travel to Marsa Alam