February is part of Egypt’s peak tourist season and is considered by many to be one of the best times to visit, both for the wonderfully cool and pleasant weather and the lively atmosphere. 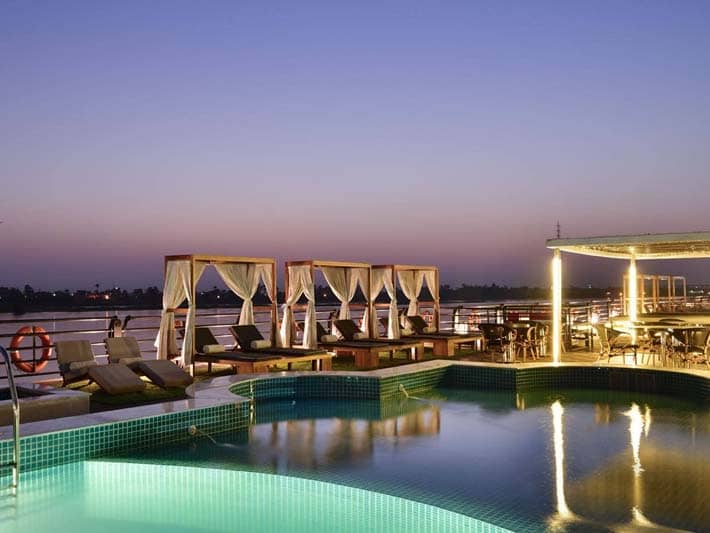 Is February a Good Time to Visit Egypt?

Should you visit Egypt in February? At the end of the day, it really depends on your travel style and your personal preferences. February is an excellent time to visit Egypt if you want to enjoy cool and pleasant weather, but it is not the best time to visit if you want to avoid large crowds of tourists. Popular tourist sites are not as crowded in February as they are in December and January, but they are still crowded.

Let’s take a closer look at what you can expect if you visit Egypt in February.

Since February is part of Egypt’s winter season which runs from December to February, you should expect occasional rain, even though this is quite unlikely. For the most part, you can expect plenty of blue skies and sunshine, and perhaps one or two days with cloudy skies.

In Egypt’s Northern regions, in places like Alexandria, you can expect more of a Mediterranean climate. Daytime temperatures in this part of the country tend to be lower than they are in Cairo, while nighttime temperatures tend to be a little bit higher. It is also more likely to rain, but don’t expect any storms or downpours.

So, is February a good time to visit Egypt in terms of the weather? It certainly is if you want to avoid the scorching heat of Egypt’s summer months (June, July and August). Just be sure to pack in a few extra layers of clothing to wear in the evenings which really can be quite chilly. After all, February is Egypt’s second coldest month.

Suggested Reading: When is the Best Time to Visit Egypt?

Cost of Visiting Egypt in February

Compared to many other popular tourist destinations, Egypt is a very affordable country to visit regardless of when in the year you choose to visit. If you are going to be traveling on a very tight budget, then you should rather consider visiting during one of the shoulder seasons or during the summer season. With that having been said, many people feel that the mild and pleasant weather in February is worth the extra cost.

Suggested Reading: How Much does it Cost to Visit Egypt?

Is February a good time to visit Egypt to explore the country’s many famous archaeological sites? The weather in February is absolutely perfect for visiting Egypt’s historical sites, but because February is part of the high season, or more precisely, the peak season, many of the most popular archaeological sites tend to be very crowded at certain times of the day.

At this time of the year it simply isn’t possible to avoid large crowds at popular ancient sites, such as the Pyramids of Giza, the Abu Simbel Temple complex, and many other historic sites located in Upper Egypt along the banks of the Nile River.

If you want to avoid the crowds, then your best bet would be to visit major sites as early in the day as you possibly can. At places like the Giza Pyramids, tour buses generally start arriving any time after 9 am. If you get to the site at 8:30 a.m. when it opens, there will still be tourists there, but just not as many. 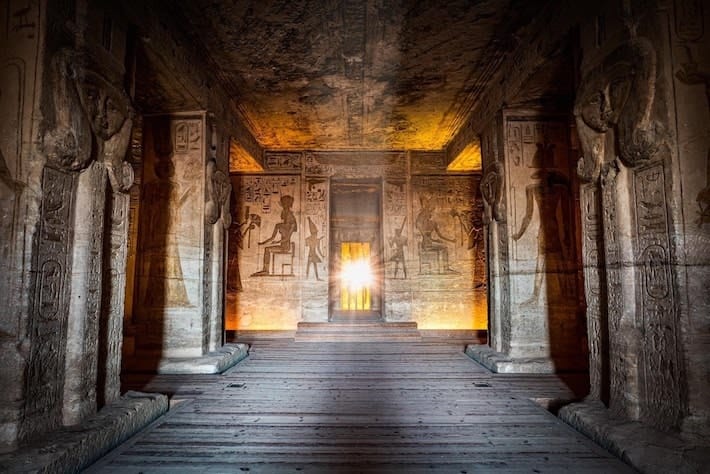 Interior of temple at Abu Simbel

A Nile Cruise in February

Is February a good time to visit Egypt for a Nile river cruise? It absolutely is. Most good quality Nile cruises include daily onshore excursions to some of Egypt’s most cherished ancient monuments. Only the hardiest of travelers would want to explore these sites in the scorching heat of Egypt’s summer months.

The winter weather in February is simply perfect for exploring these sites. Just bear in mind that daytime and nighttime temperatures tend to feel cooler when you are out on the river so don’t forget to pack in a few extra layers of clothing, including a warm jacket.

Is February a good time to visit Egypt for a relaxing beach holiday? Beach holidays at Egypt’s coastal resorts like Sharm El Sheikh can be enjoyed throughout the year, but February’s beautiful weather is even better for a beach holiday.

Average daytime highs in places like Sharm El-Sheikh are around 23 degrees Celsius (73.4 F), dropping to around 11 degrees Celsius at night (51.8 F). The average sea temperature along Egypt’s Red Sea coast is around 22 degrees Celsius (71.6 F) which is simply perfect for swimming and for enjoying any number of water activities.

The Ultimate Egypt Vacation in February

At Egypt Tours Plus, you will find an epic range of Egypt vacation packages, many of which also include five-star Nile River cruises. We also have an outstanding range of stand-alone Nile cruises. Our private Egypt tours include expert guides, personal drivers, and deluxe air conditioned vehicles.

We also offer Egypt tailor-made tours which allow you to design your own travel itinerary in 3 easy steps using our user-friendly travel planner. And, with nearly half a million tours already sold, you can book your vacation with absolute peace of mind.

Contact us now to begin planning your dream trip to Egypt or to book your once-in-a-lifetime vacation today.