Imagine stumbling across a valley full of forgotten churches, many of which have been carved into timeless rock formations. Imagine visiting Cavusin in Cappadocia, Turkey. You can do just that, and you can do it in comfort and style with one of our flawless Egypt and Turkey Tours. 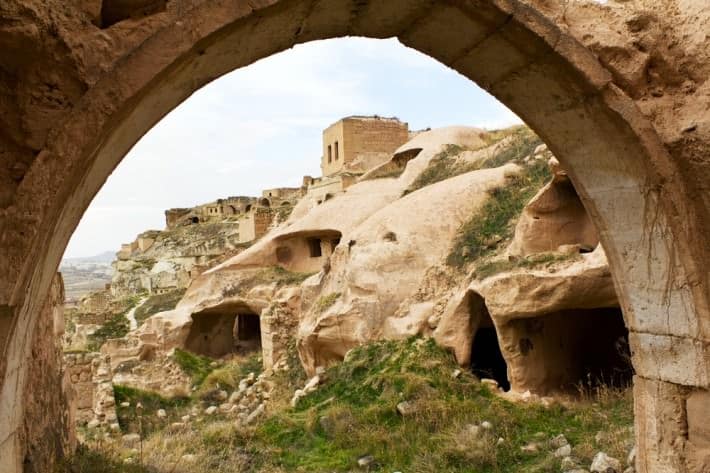 Turkey is a land of never ending mystery; a land which has fascinated historians and travelers for countless years, and a land that will continue to attract visitors for many years to come. From modern resorts to historical Turkey tourist attractions which are almost as old as the the human race itself, Turkey has something for everyone.

Imagine visiting a place and discovering an almost forgotten valley of ancient churches, many of which have been cut into timeless rock formations. It’s difficult to imagine that such a place could even exist, at least until you visit Cavusin in Cappadocia, Turkey.

On Top Of The Hill In The Old Town Of Cavusin 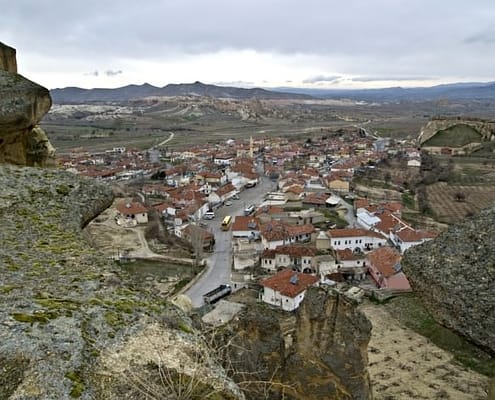 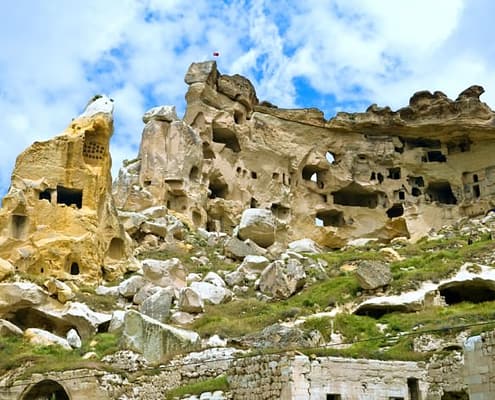 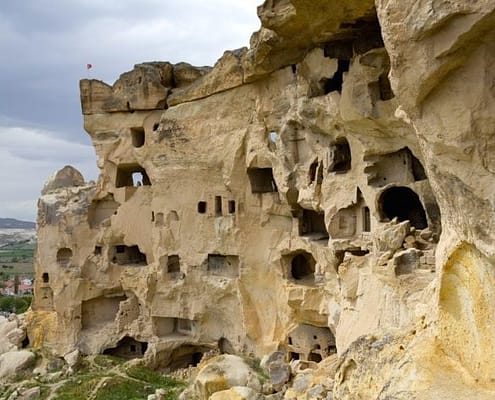 If you visit the old town Cavusin in Cappadocia, and you turn your gaze to the top of the hill, the first thing you’ll see is the ancient Church of St John the Baptist which dates back to the early part of the 5th century. Five centuries later, the original church was divided into three separate areas in order to prevent it from collapsing, and this strategy certainly worked because the church is still there to this day.

Unfortunately however, many of the once vibrantly colored frescos in this particular church have faded over the years, although there are many frescos which are still clearly visible. The frescos are not the highlight of this old church however. Instead, people are astonished by it since it is almost cathedral-like in appearance.

Most of our Egypt and Turkey tour packages include a few days in Cappadocia, and a visit to Cavusin Church can easily be added to any one of our existing tour itinerary if requested.

Cavusin Church is also known as the Nicephorus Phocus Church or the “barrel-vaulted church” and it was originally constructed in 964/965. While the church is no longer in perfect shape, it is famous for its many biblical related frescos which include scenes depicting events such as:

Cavusin to Goreme – Why You Need To Explore The Valley

The area connecting Cavusin and Gerome is known as the Red Valley or Rose Valley, and it too has several cave churches. The most prominent cave church in the valley is the Uzumlu Church, and it can be found in a rock formation which the locals refer to as being a fairy chimney.

The rock formation here has been hollowed out and carved into what can be described as a complex of monasteries, with the church itself occupying the lowest level. Although no solid evidence exists, most historians agree that the church was constructed either in the 8th or 9th century.

Other popular attractions at Cavusin in Cappadocia include Hacli Kilise, or as the locals call it, the “Church With The Cross.” However, it should not be confused with the “Church With Three Crosses” which is located nearby. While both churches are definitely worth a visit, the former is well known for its almost perfect acoustic qualities.

Cavusin in Cappadocia – Off The Beaten Track

The cave churches mentioned in the paragraphs above are the most popular among tourists, but this is only because of advertising and marketing campaigns. They are spectacular, but that that doesn’t mean they are the best. A great deal depends on what you are looking for.

If you want the convenience of a well organized guided tour, then these are the churches you need to visit. If on the other hand you are searching for a more “spiritual” experience at Cavusin in Cappadocia, then perhaps you need to visit some of those ancient cave churches that have never made it into guidebooks.

Just like Istanbul is home to countless underground cisterns, Cavusin in Cappadocia is home to an unbelievable number of ancient cave churches. In fact, there are so many of these cave churches in the area, that you’ll find most of them totally deserted.

Imagine sitting down in a cave church, complete with spectacular frescos, and one which is essentially thousands of years old. Imagine sitting there, without another human being in sight.

Whether you want to explore the attractions of modern day Istanbul, or whether you want to lose yourself exploring the ancient cave churches of Cavusin in Cappadocia, you can find the ultimate package holiday by exploring our Egypt and Turkey tours. If you don’t see what you’re looking for, we’ll design a package just for you. 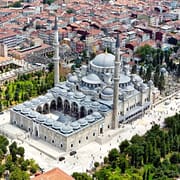 Mosque Of Suleiman The Magnificent – Not To Be Missed 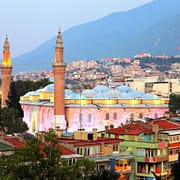 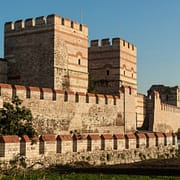 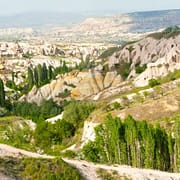 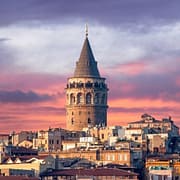 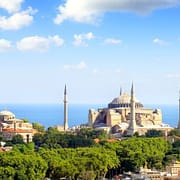