Located in Marrakech, Morocco’s red city, is the vast El Badi Palace, or at least, the ruins of what was once a magnificent palace. Even those this site is not featured in all of our Egypt and Morocco Tours, and while El Badi Palace is but a mere shadow of its former glory, it continues to be one of the most popular Marrakech Tourist Attractions. 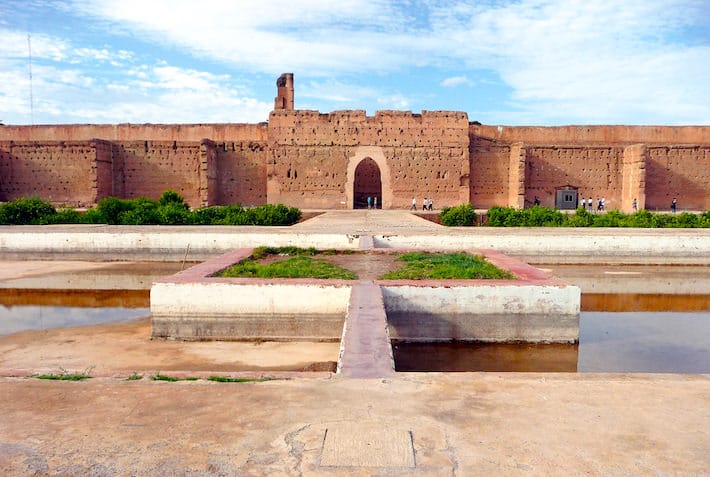 The vast size of this site also means that it can accommodate a large number of visitors without any feeling of being overcrowded. It is also a wonderful choice if you feel you need a bit of a break after visiting some of Marrakech’s bustling attractions, such as the medina and Jemaa el-Fnaa for example.

The History of El Badi Palace

Construction of El Badi Palace began in the late 1570s. It was commissioned by a Saadi Sultan named Ahmed el Mansour shortly after he came to power in 1578.

El Badi, in English, means “The Incomparable,” and historical records confirm just what a fitting name this was for the palace in its day. El Badi Palace took approximately 25 years to complete, and during its construction, no expense was spared.

By the time the palace was completed, it featured about 360 opulent rooms; a sprawling courtyard; an enormous central pool; dungeons, and several luxurious summer pavilions which are thought to have been used as summer houses.

Ahmed el Mansour brought in skilled craftsmen from around the world in order to create a palace which was grander and more decadent that any other palace built in Morocco before him. El Badi Palace was by all accounts, a vast display of the finest craftsmanship ever seen during this period of Morocco’s history.

Anyone and everyone, both locally and from abroad, who were privileged enough to be invited to the palace, were said to have been mesmerized by its unfathomable grandeur. Some important dignitaries from abroad even went as far as calling El Badi Palace the 8th Wonder of the World.

Remember, because all of our Egypt and Morocco Tours are fully customizable, we can include a visit to this site in any one our existing tour packages.

Sultan Ahmed el Mansour and the Spoils of War 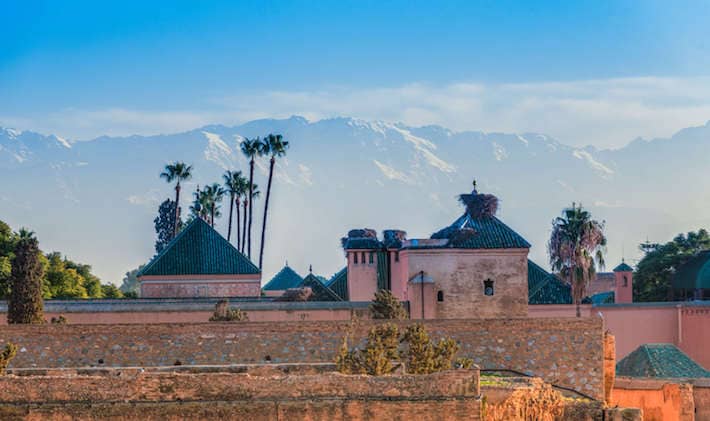 The incomparable El Badi Palace with Atlas mountains in the background.

Funds for building El Badi Palace came in the form of an enormous ransom paid by the Portuguese following the Battle of Alcacer Quibir, also often referred to as the Battle of the Three Kings because three different kings lost their lives during the battle.

At the time, Abu Abdallah Mohammed II, a former Moroccan king, joined forces with king Sebastian of Portugal for the purpose of trying to defeat the ruling king of Morocco, Abu Marwan Abd al-Malik I and his armies.

All three kings perished on the battle field, and the Portuguese were subsequently defeated.

Following their defeat, the Portuguese paid a substantial ransom to the new king, Sultan Ahmed el Mansour, who in turn used the money to have his “Incomparable Palace” built.

The Chilling Prophecy of the Court Jester 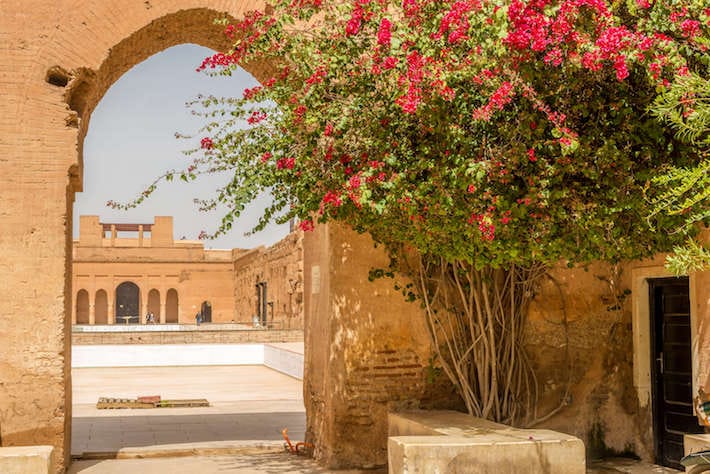 Gate in ruins of El Badi Palace in Marrakesh.

During the official opening ceremony, while most attending dignitaries were complementing the Sultan on his opulent new residence, the court jester paid a somewhat different type of complement, saying that the palace would make a magnificent ruin.

Just 10 years after the El Badi Palace was completed, Sultan Ahmed el Mansour died, and with his death came civil war fueled mostly by different beliefs as to who should have become the sultan’s successor.

These tensions lasted for the next 25 years during which time the palace slowly but surely began falling into a state of disrepair.

At around this time, flaws and weaknesses within the Saadi Dynasty paved the way for the Alaouites to seize power, and in 1666 Moulay Al-Rashid became the new sultan, only to be replaced his half-brother, Moulay Ismail 5 years later.

Even before Moulay Ismail became sultan, he had already gained a reputation for destroying other grand buildings and structures in Marrakech so that he could harvest their riches and treasures which he then took to Meknes to be used for his own magnificent palace and other grand buildings.

Unfortunately, El Badi Palace was far too good an opportunity to pass by, and like so many other beautiful buildings in Marrakech at the time, El Badi palace was systematically destroyed.

In just 12 years, the palace was stripped of virtually everything of value, all of which ended up in Meknes. In the end, the court jester’s prophecy came true, and today El Badi Palace is indeed a magnificent ruin. Despite its sad and unfortunate history, the site is today one of the most popular Morocco tourist attractions among travelers who are passing through Marrakech.

It is a very large site where visitors can wonder around at leisure for several hours, and its spacious layout and ample open space also make it a great choice for visitors who are traveling with young children. There is also a nice museum at the site, so you can be sure there are lots of things for everyone to see.

This site is also within walking distance from other extremely popular tourist attractions such as Jemaa el-Fnaa and Koutoubia Mosque.

Egypt and Morocco tours offered by Egypt Tours Plus, may or may not include a visit to El Badi Palace, but our tours can all be customized and tailored to meet your own personal needs and desires.

If you would like El Badi Palace to be included in a particular tour itinerary, simply let one of our tour managers know, and they will be happy to accommodate your wishes. 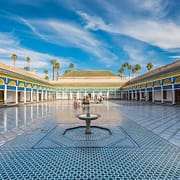 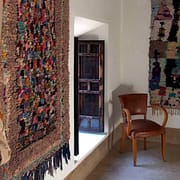 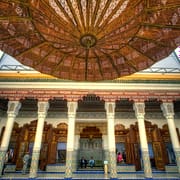 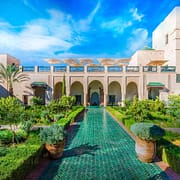 Le Jardin Secret – A Stately Reminder of the Saadian Dynasty 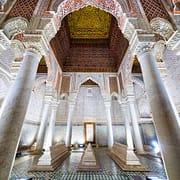 Saadian Tombs – Splendour Even In Death 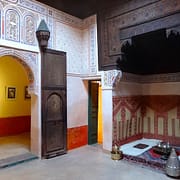