For more than 1,000 years of Cairo history, the city has consistently held a position of pre-eminence in the Arab world, but its political and economic influence within and beyond Egypt has varied. 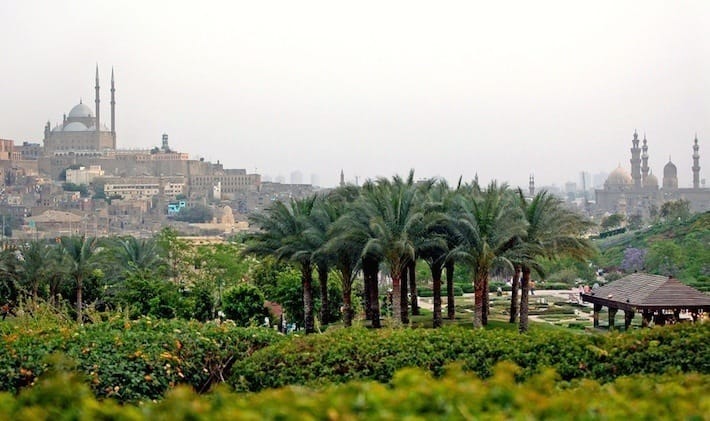 Panorama of the Mosque of Muhammad Ali (left) as seen from Azhar Park.

The recorded history of Cairo goes way, way back. Cairo is an ancient city, occupying a site that has been continuously inhabited for more than 3,500 years. Over the centuries, there have been nine distinct cities where the city is located. In Arabic, “Cairo” Means “victorious” and it is the same name used for the planet Mars.

The “modern” city was founded in 969 near the site of ancient Egypt’s Khere-ohe, better known in the West by its Greek name of Heliopolis. In Cairo’s history one of the more illustrious periods ran from 1170 to 1345, when it became one of the world’s largest cities, with a population of about 500,000.

The layout of central Cairo remains similar to what it was during that glorious time. Many of the city’s renowned mosques – there are more than 600 Islamic monuments in Cairo – also date back to the medieval period.

The importance of the city derived from its role as a centre for the production and export of textiles and refined sugar and for goods manufactured from cotton, flax, and sugarcane. Cairo was also a transhipment centre for overland trade from India and Africa to Europe.

Known as the Black Death, the plague devastated the city and the rest of Egypt between 1347 and 1350. The plague killed about 40 percent of the country’s population.

Cairo quickly lost its pre-eminent role as a transhipment centre when the Europeans discovered a maritime route to India and China around the Cape of Good Hope. The city remained Egypt’s administrative and commercial centre, but it experienced relative economic stagnation for the next three centuries.

By the time Napoleon conquered the city in 1798, its population had fallen to approximately 200,000.

During the nineteenth century, the rise of the cotton export trade, government sponsorship of industrial development, and the completion of the construction of the Suez Canal in 1869 revitalized Cairo, and the city began to grow again.

During the last half of the nineteenth century, the French approach to urban planning changed Cairo’s layout. Egypt’s ruler, Ismail (1863-79), had been educated in France and aspired to have his capital rival Paris. To coincide with the ceremonies for the opening of the Suez Canal, Ismail proposed a design for a modern Cairo.

The proposal included a wooden replica of La Scala opera house in Milan. The structure was to host the premier of Giuseppe Verdi’s opera Aida. Ismail’s efforts to build a modern city resulted in a separation, still apparent today, between the western part, called Al Izbakiya Gardens (which is European) and the eastern part (which is Arabic).

Cairo has continued to grow rapidly since 1850, when its population was approximately 250,000. By 1930 the population had reached 1 million. Throughout the twentieth century, it has been the most populous city in Africa and the Arab world.

The Modern City of Cairo

The development of the city has been most intense since World War II, resulting in a variety of problems.

Its population, growing about 300,000 per year in the 1980s, has strained urban services to the breaking point. Public transportation was woefully inadequate in the late 1980s, with about one of every four buses out of commission at any given time. Public water supplies, sewer facilities, and trash collection were all overburdened.

Housing was perhaps the most pressing problem because persistent shortages of skilled labour and construction materials hampered efforts to build residential units quickly enough to meet demand. The demand for moderately priced housing was especially high.

Some people resorted to clandestine and semi legal housing arrangements; as many as 200,000 wooden, cardboard, and metal huts were constructed on the roofs of apartment buildings. Another estimated 500,000 people were living in the mausoleums in the city’s cemeteries. 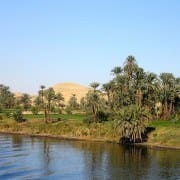