Our Egypt Travel blog is your gateway to everything Egypt vacations, tours, Nile cruises, history, and so much more.

Travel to Egypt has never been easier or more affordable, and as millions have already discovered, there is something for everyone in the ancient land of the pharaohs. Our private Egypt tour packages allow you to explore pyramids, temples and tombs; discover the unrelenting vastness of the Sahara, cruise the Nile or succumb to the pleasures of the Red Sea coast. Our Egypt travel blog is everything you need to start planning. 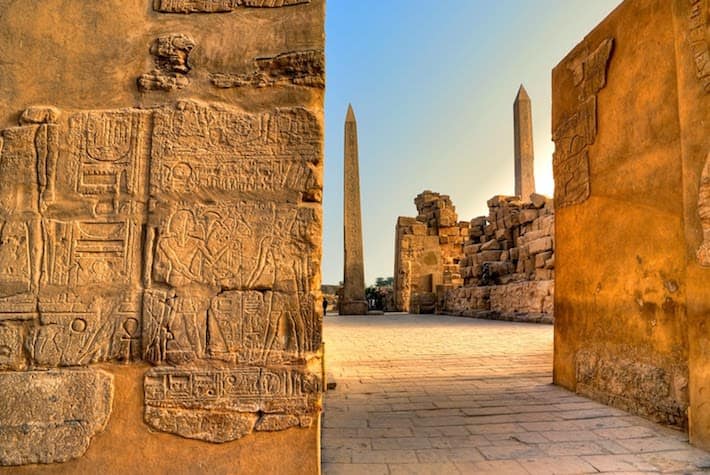 Everything travel to Egypt. In-depth guides to Egypt tours and what to see and do when traveling Egypt. Explore ➝ 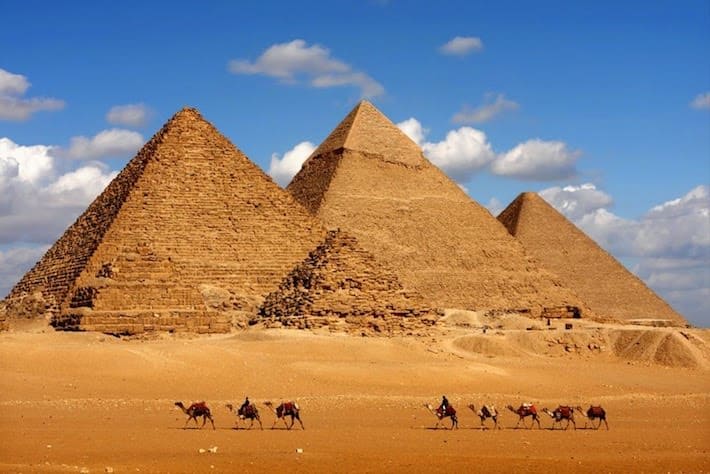 Egypt vacations beyond pyramids, temples and tombs. Sail the Nile, dive the Red Sea and conquer the desert. Explore ➝ 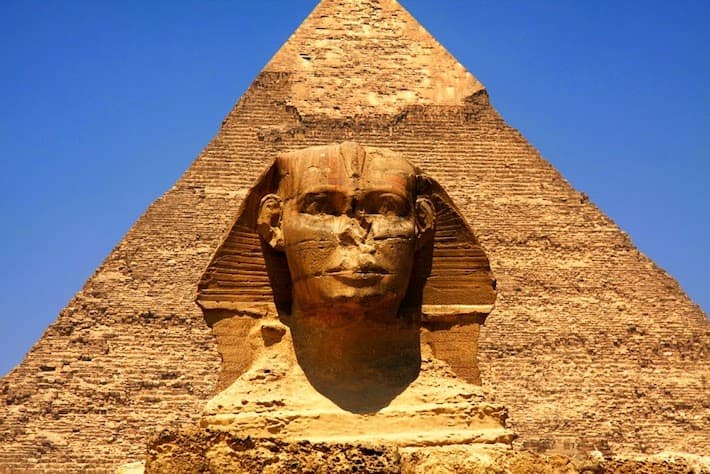 Embark on an ancient Egyptian journey of discovery. The ultimate guide to the top sites in Egypt. Explore ➝ 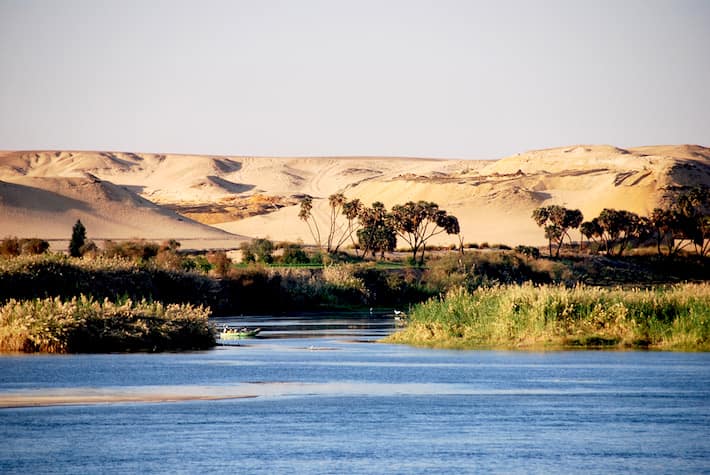 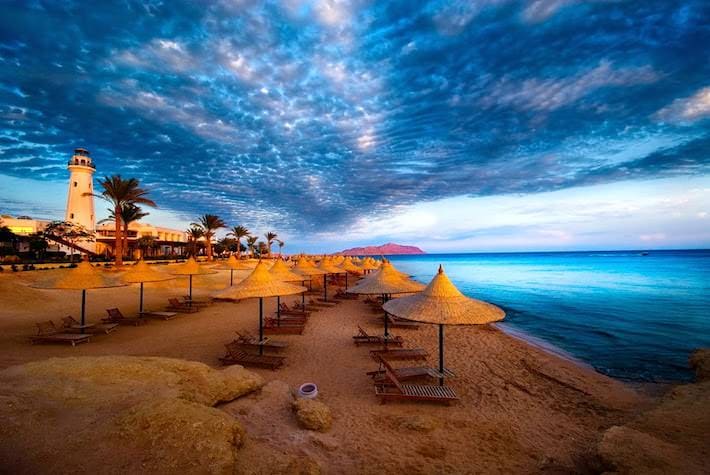 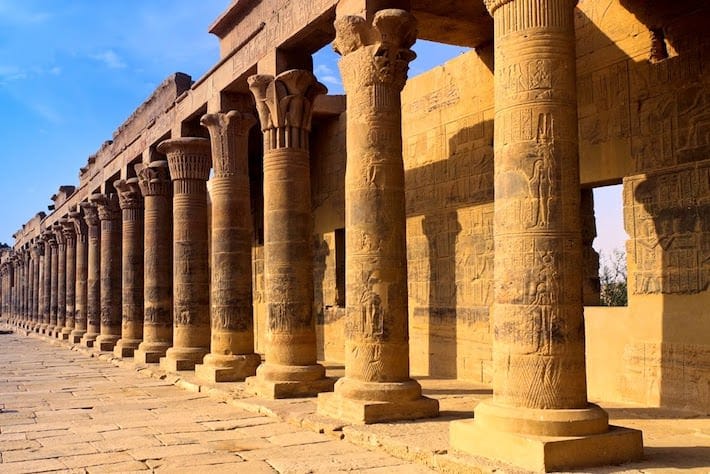 Everything you need to know to plan your dream trip. Egypt travel information to the rescue. Explore ➝

Explore the best Egypt your way with our amazing private guided Egypt tours. Your own private expert guide and vehicle. Your schedule, your budget, your Egypt tour.

The Egypt Travel Blog by EgyptToursPlus

When you mention the words “Ancient Egypt” to someone, many people immediately think about three things in particular: the Great Pyramids of Giza; the Sphinx, and of course, King Tutankhamen. In fact, you would be hard pressed to find any Egypt travel blog that doesn’t make any mention of these. Of course, there’ a good reason why these have become so famous and so alluring, but there’s also a small amount of irony about it all.

The Great Pyramids of Giza

There is no denying the fact that these are absolutely incredible monuments that bear testimony to an ancient civilization, and their sheer size and their level of preservation is likely to ensure that they retain their position as being the most visited tourist attraction in all of Egypt.

The irony here is that they are not the only pyramids in Egypt, and nor are they the oldest. Also, there are a number of other ancient monuments in Egypt which are in fact more interesting; more intriguing, and which have an even more fascinating story to tell, and this is the sort of thing a good Egypt travel blog should highlight.

→ Explore the iconic Pyramids of Giza

→ Explore our guide to the Egyptian Pyramids

Let’s face it; just about every Egypt travel blog also mentions the Sphinx. Everyone has at some point seen images of the Sphinx, and the more fortunate ones amongst us, have had the opportunity to stand right there alongside this giant carving, and even touch it in person. It is a sight which has literally been embedded in our minds, but when you think about it, it is not really a very intriguing monument. After all, it is only a huge stone carving, and while it is certainly a “must-see” attraction, there are many other ancient monuments which are far more interesting; monuments that draw you towards them; monuments that make you want to learn more.

One example would be the giant Abu Simbel Temples that were built by Pharaoh Ramses II.

Everyone has heard of King Tutankhamen, and you will see his name in just about every Egypt travel blog, but in reality, he was by no means one of Ancient Egypt’s most powerful or most influential pharaohs. Not only was he very young and inexperienced, but he also didn’t rule for very long before he passed away when he was still young.

Still, when Howard Carter located and entered his still sealed and intact tomb in the early 20th century, the face of tourism in Egypt changed forever. The discovery of his tomb, along with his mummy and all the treasures that were buried with him, instantly captured the world’s imagination. Even today, people from all over the world flock to Egypt to see his tomb, and his mummy which remains in his tomb to this day.

→ Explore the Tomb of King Tut

Looking Beyond the Big 3

The aim of this Egypt travel blog is not to try and diminish the importance or the appeal of the three attractions previously mentioned, but instead, it is simply trying to highlight the fact that there are so many other wonderful ancient attractions apart from those which you always hear and read about.

Yes, places like Karnak Temple, Valley of the Kings, Valley of the Queens, Luxor Temple, Philae Temple, and Queen Hatshepsut’s mortuary temple are beyond words, and everyone who visits Egypt should definitely make a point of visiting these top Egypt tourist attractions.

However, once you have seen them, then it is great to know that there are literally hundreds more that are waiting to be visited and explored. And, if you are willing to move a bit out of your comfort zone, and head off the main tourist trail, then there is even more to see.

It is worth remembering that even today, there are new ancient sites being discovered and excavated all the time. Let’s take a look at three recent discoveries:

Newly Discovered Treasures in the Land of the Pharaohs

November, 2018 – Egyptian archeologists unveiled a very well-preserved mummy of a woman that was found inside a previously unopened sarcophagus. The tomb in which this coffin was discovered is not far from Luxor, and it is one of many which have recently been discovered in El-Asasef, an ancient necropolis on the West Bank.

This discovery dates back to the 13th century BC, a period most often associated with the likes of Pharaoh Ramses II and King Tutankhamen.

December, 2018 – Egyptian authorities unveil a newly discovered tomb in the Saqqara necropolis which is also home to the oldest pyramids ever discovered. This particular tomb remained untouched for approximately 4,400 years, and it is being described as exceptionally well-preserved. It was the final resting place of a high priest known as Wahtye. The tomb is awash with hieroglyphs and statues, and archeologists are almost certain that they will be able to find the priest’s sarcophagus. Excavation work has now commenced, so soon visitors will have even more reason to visit Saqqara which is already a top tourist attraction.

February, 2019 – Authorities unveiled a newly discovered family burial chamber that was carved out of the rock face at Tuna-el-Gebel, not far from the city Minya in central Egypt. The interior consists of numerous chambers which could be reached through a passageway and sloping stairs. The tomb dates back to 323 BC and is believed to have belonged to an elite middle class family. Upon entering the tomb, archeologists discovered the mummies and remains of more than 40 men, women, and children.

Plans are currently underway to complete excavation and then open the site to tourism.

The cruise ships that we book our clients onto are all 5-Star cruise ships, meaning that they are literally floating hotels with world-class facilities and amenities.

Also, when you book Nile cruise holidays through us, one of our Expert tour guides actually sail on the vessel as well, and he or she then accompanies you and a small group of our other clients to all the various sites along the way.

Usually, these will include places like the Temple of Philae in Aswan; the Temple of Horus at Edfu; Kom Ombo Temple; Luxor Temple; Karnak Temple Complex; Queen Hatshepsut Temple, and Valley of the Kings.

If you want to see more that just these top attractions, then Dahabiya Nile cruises are the way to go. These are traditional river yachts which can only can a very limited number of passengers, typically no more than 8 to 12 at a time. Not only do they offer a more personalized experience, but they are also able to access certain areas that the larger cruise ships cannot.

Escaping the Crowds and the Cities

No good Egypt travel blog would be complete without mentioning Egypt desert adventures. When you have had your fill of popular tourist attraction, or when you just want a break away from the crowds and the cities, there is nothing better than a professionally planned and structured desert adventure.

Whether you want to go camel trekking or quad biking in the dunes, and spend your nights sleeping under the stars, or whether you prefer the comfort of modern air-conditioned vehicles and plush resorts, Egypt desert tours can be a great way to enjoy a few days of pure tranquility.

A Carefree Escape on the Red Sea Coast

To round off our Egypt travel blog, we also have to mention Egypt’s beloved Red Sea coast. Contrary to what many people believe, not everyone visits Egypt purely for the sake of visiting its countless ancient sites and monuments, or even its fascinating deserts like the White Desert and the Black Desert. Hundreds of thousands of tourists arrive in Egypt every year with one thing in mind: to enjoy a relaxing break in the sun on the Red Sea coast at places like Hurghada and Sharm el-Sheikh.

World-class resorts; spotlessly clean long sandy beaches and crystal clear waters make this part of Egypt irresistible  for many, and particularly for families, couples, and groups of friends longing to escape the cold weather back in the own countries. Egypt’s Red Sea coast is also home to some of the world’s most prized dive sites which are perfect for both snorkelers and SCUBA diving enthusiasts alike.

You can find a wealth of information about so many things in Egypt just by clicking on some of the links which appear on this Egypt travel blog, but if you can’t find exactly what you are looking for, we would love to hear from you.

Also, our Egypt travel blog gets updated regularly, so please be sure to check in again soon.