The birth of the Arab Republic of Egypt was a landmark event in Egyptian history – for the first time since the pharaonic era the country was ruled by a native Egyptian.

On the night of July 22, 1952, a group of disillusioned military officers belonging to a clandestine organization known as the “Free Officers,” rose up in arms against the government and, without having to fire a shot, they rapidly seized control of the country’s key institutions. King Faruq was forced to abdicate in favor of his infant son Fuad II, and, on July 26, he sailed away to exile in Italy on board his royal yacht. He died in Rome in 1965.

The Free Officers formed a committee, known as the Revolutionary Command Council (RCC), and appointed a general by the name of Muhammad Naguib as prime minister. In 1953, the monarchy was formally abolished. Egypt was now the Arab Republic of Egypt and Naguib was duly named the country’s new leader. It was a landmark event in the history of Egypt – the first time since the pharaonic era, more than 2,000 years before, that the country was ruled by a native Egyptian.

Yet Naguib’s leadership was illusory. The real leader behind the revolution was an extremely charismatic young Egyptian officer named Gamal Abdel Nasser, who had assumed the role of deputy Prime Minister and Minister of the Interior in the Arab Republic of Egypt.

Gamal Abdel Nasser was born on January 15, 1918 in Alexandria, the son of a post office manager. While still only a schoolboy, he took part in anti-British street protests and later remembered that whenever he saw a plane in the sky he would shout: “Ya Azeez, ya Azeez dahiya takhud al-Ingleez.” (Almighty God, may a calamity befall the English!) At the age of seventeen, Nasser’s forehead was grazed by a police bullet at a huge pro-Wafd demonstration inCairo, leaving him with a scar that he carried with him for the rest of his life. Graduating from the Royal Military Academy, Nasser went on to a career in the army, where he would rise spectacularly to fame.

In time Gamal Abdel Nasser would become the greatest hero of the 20th-century Arab world, idolized for his defiant stand against the domination of the West and his campaign for pan Arab unity.

In 1954, Nasser came to the decision that Naguib, who had openly enjoyed the support of the Muslim Brotherhood, had served his purpose. Accusing him of conspiring against the state, Nasser had him placed under house arrest. Nasser was then free to set about consolidating his power as acting head of state. In January 1956, a new constitution was drafted, and Egypt was declared a democratic republic. After seeking the population’s approval by means of a referendum, Nasser formally assumed the role of president, armed with a wide range of constitutionally, granted powers.

Despite Nasser’s ruthlessness towards the opposition, he was to embark on a series of policies that would seal his popularity at home and abroad. His program of reforms to improve social conditions for the poor of the countryside, where there were glaring inequalities, gained him a groundswell of support. In fact, the process had started as early as September 1952, when the new regime had enacted reforms to bring an end to the deeply conservative social order in the Arab Republic of Egypt by breaking up large estates and redistributing land to the peasants. The result was not, in fact, the end of rural inequality, but the creation of a new wealthy class of peasants who began to monopolize economic and political power. With a rising population and a lack of employment, many began to seek a better life in urban areas, adding to a growing problem of overcrowding in the cities.

When it came to foreign policy, Nasser found himself the undisputed leader of the Arab world, at least for the first part of his rule. A committed pan-Arabist who believed that Egypt was the natural leader of the Arab and Muslim world, Nasser spoke out loudly against foreign, particularly British, interference in Arab affairs. It was little surprise that his major priority had been to end the British occupation of the Suez Canal Zone. In July 1954, after intense and frustrating negotiations, Britain had finally agreed to leave the zone. The British government insisted on an important clause in the agreement. It stipulated that should any of the Arab League member states be attacked, it would be free to redeploy its forces to protect the waterway.

Two years later, in June 1956, the last British soldier left Egyptian soil. It was an enormously significant event in the history of the Arab Republic of Egypt, not since the last century had Egypt been free of British forces. Having successfully negotiated his treaty with the British, Nasser was free to turn his attention to the intensely bitter conflict that had been raging in the Middle East over the creation of the state of Israel. 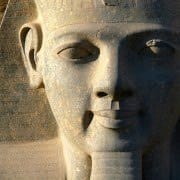