As-Salt, Jordan is an ancient Jordanian city which was originally established by the Macedonians, and despite having been all but destroyed, it played a vital role in terms of trade. You can visit this fascinating area and enjoy a private guided tour with one of our many Egypt and Jordan tours. 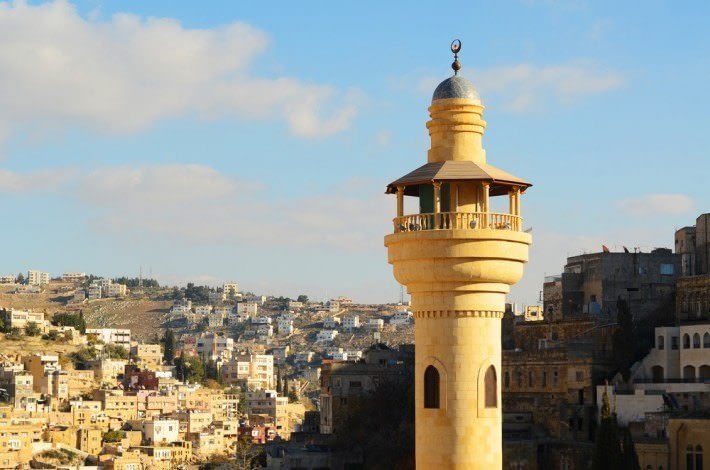 View of As-Salt in Jordan.

People have inhabited the region which is now known as Jordan for thousands of years already. In fact, Jordan’s capital, Amman, is the world oldest inhabited city. The country has a remarkably fascinating history, and it’s of great religious significance to all mainstream religions. Interestingly, even though it’s a predominantly Muslim country, it is also home to a sizeable Christian population, and a good example of how people can live together despite their religious differences.

Jordan has also proved to be a phenomenal success story. Of all the non-Gulf Arab countries, Jordan is a clear winner in terms of economic growth despite having been burdened with wave after wave of refugees fleeing from neighboring countries.

While Amman is often said to be the biggest attraction for tourists, those who have explored the country would be reluctant to agree. Amman is a fascinating city and  it does have more than its fair share of tourist attractions, but there is so much more to Jordan.

As-Salt is definitely one of the lesser known tourist attractions in Jordan. It is certainly nothing like Amman, but then again, not all tourists want to spend their entire holiday in a sprawling modern day city.

Nobody can be 100% certain when As-Salt, Jordan was first founded, but most historians tend to agree that the original Al-Salt city was built by the Macedonians during the reign of Alexander the Great.

Records also show that the city was almost entirely destroyed by the Mongols. Several years after its destruction, the city was rebuilt and later served as a regional capital while under control of the mighty Ottoman Empire.

In 1880, As-Salt, Jordan once again came under attack when the Egyptian viceroy was attempting to drive the Ottomans out of Palestine. The city was later rebuilt again, but it failed to flourish as a city. This only changed later with the arrival of traders from Nablus who were hoping to expand the existing trade route.

A Period of Rapid Growth And Expansion

With so many traders flocking to the region, As-Salt Jordan soon shifted from being a tiny village to being a thriving town, complete with numerous elegant buildings; many of which can still be seen to this day. Such was the prosperity and growth of As-Salt, that one would have expected it to be chosen as the capital of the newly formed Emirate of Transjordan.

Although some history books don’t mention it, As-Salt did in fact become the capital, but not for very long, before King Abdullah formally announced that Amman was to be the capital.

As-Salt is not featured in most of our existing Egypt and Jordan combined tours, but all of our tours can be customized to include any and all attractions you want to visit.

Al-Salt As It is Today

Today As-Salt, Jordan is best known for its high quality agricultural produce, and especially its grapes; olives and various other fruits. Most tourists however aren’t all that interested in grape farms and olive farms, so what’s the attraction?

One of the main attractions is the many ancient homes which are still standing to this day. Not only are they still standing, but many are still being used. While they might not be considered luxury dwellings these days, one needs to remember that they are several hundred years old. In their day, they were the hallmark of wealth among successful traders.

As-Salt is also home to many ancient Roman tombs; an historical citadel, and a fascinating 13th century fortress. The area is also home to a very popular museum and an internationally recognized handicraft school that specializes in teaching tradition handicrafts. In short, As-Salt, Jordan offers tourists an opportunity to see Jordan as it was centuries ago.

Explore the Best of Egypt and Jordan

Jordan is undeniably one of the greatest countries to visit if you are interested in ancient cultures, and As-Salt, Jordan is certainly one part of the country you don’t want to overlook. To book your tour of a lifetime, please visit our Egypt and Jordan Tours now, where you’ll find many high quality packages tours that include all the very best attractions.

If you don’t see what you’re looking for, you can contact our 24/7 customer service department and we’ll tailor the perfect holiday just for you.