There are hundreds of tombs which you can visit in Egypt, with the Valley of Kings being the most famous place to visit tombs, many of which are open to the public, including Tutankhamun’s tomb. 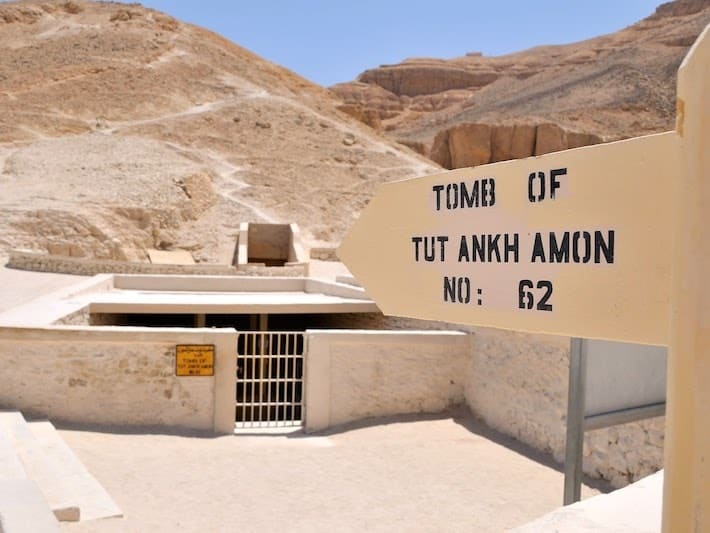 Can You Visit Tombs in Egypt?

There are hundreds of tombs which you can visit in Egypt, with the Valley of Kings being the most famous place to visit tombs, many of which are open to the public, including Tutankhamun’s tomb.

If you are wondering, “can you visit tombs in Egypt,” you’ll be pleased to know that there are countless ancient tombs in Egypt, and tourists are welcome to visit most of them. During ancient Egyptian times, it was mostly only royalty and extremely wealthy people who could afford to have elaborate tombs made for themselves. Because of this, nearly all the tombs which are seen by tourists are royal tombs.

The Pyramids of Giza, the Step Pyramid and the Dashur Pyramids are among the most famous tombs in Egypt. While these may be the most impressive due to their sheer size and their age, many people would argue that they are not the most impressive tombs that one can visit during a visit to Egypt. If you are wondering, can you visit tombs in Egypt, you are probably also wondering if you can actually enter any of the ancient tombs you can visit.

Let’s take a look at some of the most famous ancient tombs, and what you can expect if or when you visit them.

The Pyramids of Giza 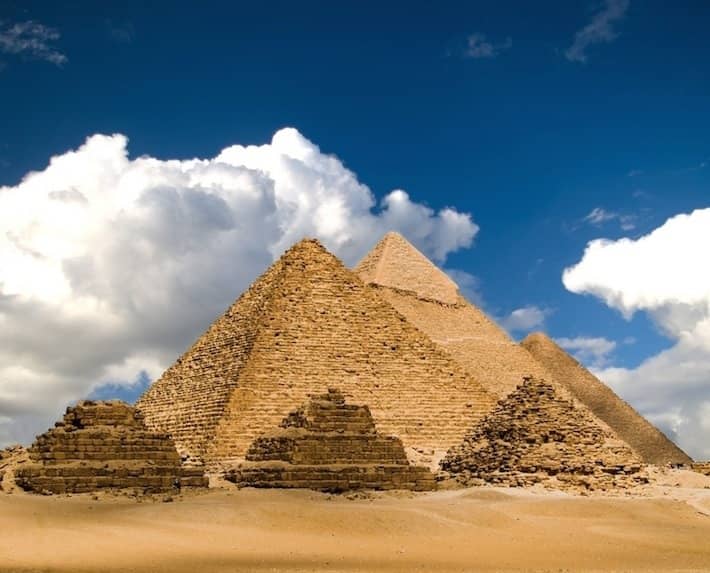 When people think about Ancient Egypt, they immediately think of the legendary Giza Pyramids and the Great Sphinx. The ancient royal necropolis where these monuments are located is without question one of the world’s most famous archaeological sites, and by far Egypt’s most visited tourist attraction.

At Egypt Tours Plus, we include a visit to the Giza Pyramids in just about all of our Egypt tours because nearly every first time visitor wants to see these iconic structures. There is no denying that the Giza Pyramids are breathtakingly impressive, but don’t expect too much if you decide to enter the pyramids at Giza.

Yes, all three Giza Pyramids are usually open for visitors to explore, but most tour packages only include admission tickets for the main site. If you want to enter any or all of the three pyramids, you will need to purchase additional tickets.

Be aware that there really is not much to see in any of the three pyramids other that passage ways, lots and lots of stairs, and some empty chambers, including the central burial chambers, all of which are empty. 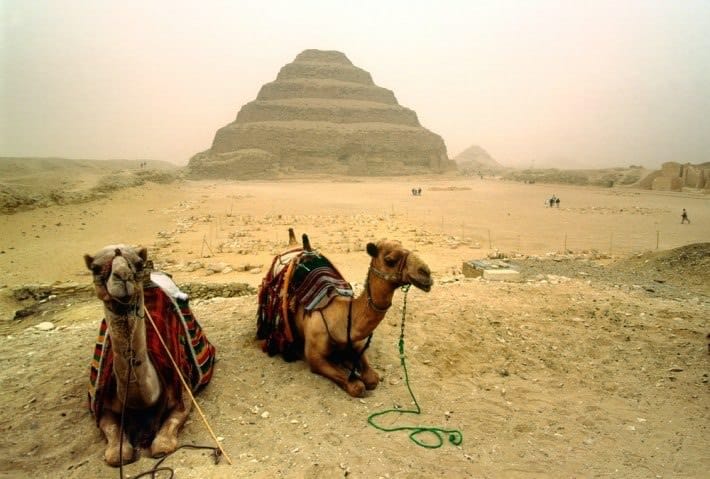 The great Step Pyramid of Pharaoh Djoser in Saqqara was the first pyramid ever built by the ancient Egyptians. It is also the oldest man-made major stone structure ever built. This remarkable pyramid tomb was closed to tourists for several years to allow for restoration work, but it is once again open, meaning that you can now enter and explore this vast complex.

Unlike the Giza Pyramids, entrance tickets for the step pyramid include entry to the pyramid. Much of this complex is located below ground level, covering an area of roughly seven square kilometers. One could literally spend an entire day exploring this archaeological site, but for most tourists, one or two hours are adequate.

Like the Giza Pyramids, you will find the Step Pyramid of Pharaoh Djozer featured in many Egypt tour packages and private Egypt tours or Egypt pyramids tours. 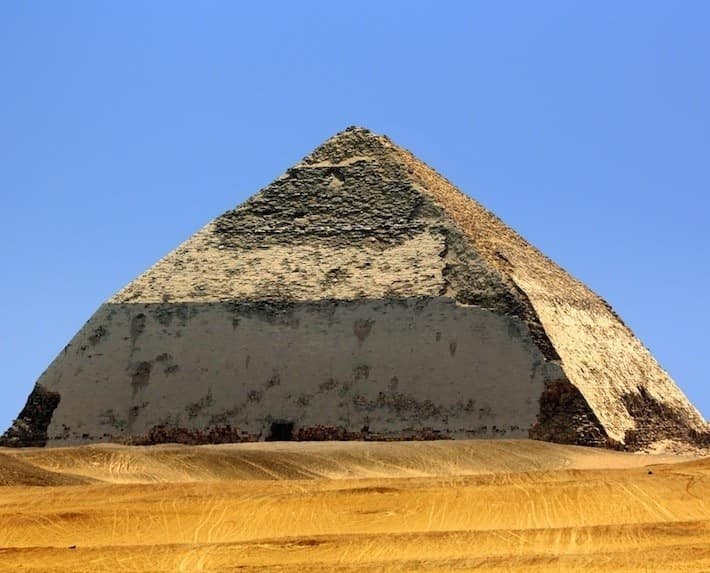 The Dashur necropolis is one of Egypt’s lesser known historic sites, but if you want to explore the tombs of ancient Egypt, then this is another site you should really try to visit during your trip to Egypt. The three main pyramids at Dashur are the Bent Pyramid, the Red Pyramid, and the Black Pyramid. With that having been said, tourists, including locals, can only visit the Bent Pyramid and Red Pyramid.

The Black Pyramid which is just a short distance away is off limits. The Egyptian authorities do not allow anyone to visit the Black Pyramid because it is located on what is now military owned land.

Unfortunately, there is no public transport from Cairo to the Dashur necropolis. Tourists who wish to visit the site need to book a tour or rely on taxis to get to and from the site. If you would like to visit these two ancient pyramids, Egypt Tours Plus offers private guided pyramids tours that include the Giza pyramids, the Step Pyramid, and the Dashur Pyramids.

Valley of the Kings in Luxor, Upper Egypt 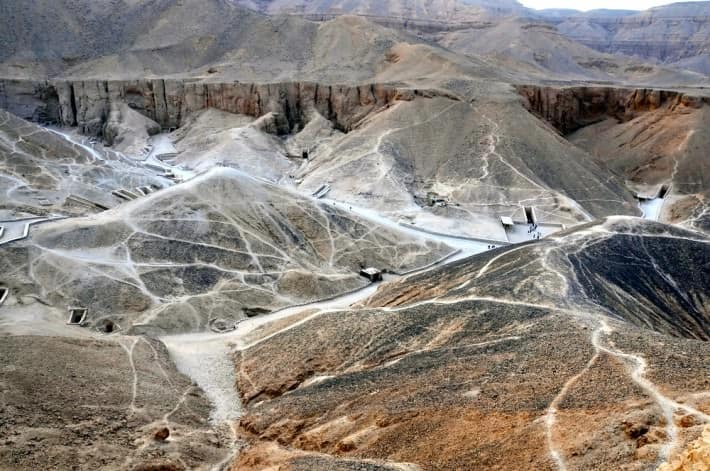 Can you visit tombs in Egypt other than the pyramids? If you are serious about visiting ancient tombs during your trip to Egypt, you need to make your way to Luxor to visit the Valley of Kings which is located on the west bank of the Nile River. Even better still, consider booking a Nile cruise. Nearly every Nile cruises listed on our site include a guided tour at the Valley of Kings, and for good reason.

The Valley of Kings is an ancient royal necropolis that served as a burial ground for royalty and nobles during the New Kingdom era. It is one of Egypt’s most visited tourist attractions, and is home to more than 60 tombs. The tombs range from basic single-chamber tombs to extravagant multi-chamber tombs.

Standard entrance tickets for the Valley of Kings typically include entry to three or four tombs. However, visitors need to purchase an extra ticket if they want to enter additional tombs known as “special tombs,” such as the world famous tomb of King Tutankhamen.

Explore: Valley of the Kings

Other Tombs You Can Visit in Egypt

Yes, there are several more royal tombs located in an area known as the Valley of Queens, not far from the Valley of Kings, but on the east bank of the Nile River. With that having been said, if ancient Egyptian tombs really fascinate you, we would recommend visiting another nearby archaeological site as well known as the Tombs of the Nobles.

The Valley of the Nobles which is located on the west bank of the Nile River near modern-day Luxor is home to more than 400 ancient tombs, many of which are now open to the public. The tombs at this site which are open to visitors have been divided into groups. Visitors need to purchase a separate entry ticket for each group of tombs they wish to explore. Entrance fees vary from one group of tombs to the next.

The tombs in the Valley of the Nobles at Luxor are among the best least-visited ancient monuments in Egypt. While this site is not featured in many mainstream Egypt tour packages or Nile River cruises, it is sometimes featured in day tours from Luxor. As is always the case when visiting monuments of Ancient Egypt, this site is best explored with a professional tour guide.

At Egypt Tours Plus, we offer an exceptional range of private guided Egypt tours to suit all tastes and budgets. In addition to our tours being fully customizable, we also offer tailor made tours to meet the specific requirements of our clients. Our Egypt tailor made tours put you in charge, allowing you to decide what all you want to see and do while you are in Egypt – your budget, your schedule, your vacation.