Gebel El Silsila Temple which is located not far from Aswan was rescued from Lake Nasser, but because of it’s location, it has remained largely out of reach to tourists. We also don’t include a visit to this site in our Egypt tour packages unless clients ask us to. Its location also means that is not possible to visit the site during Nile River cruises. 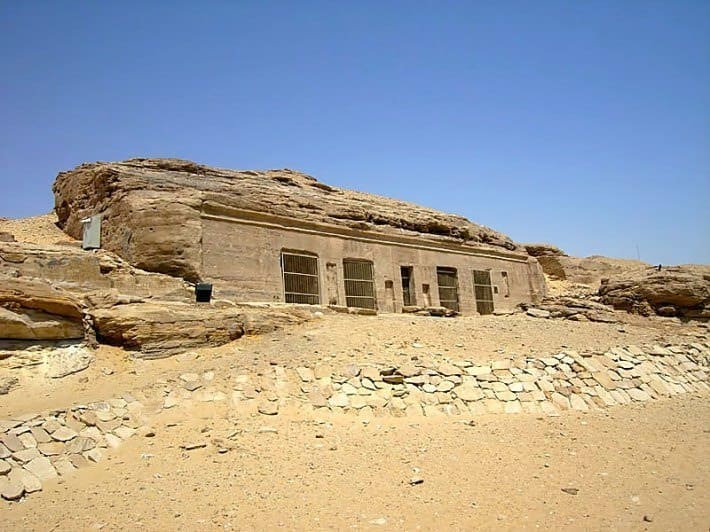 Millions of tourists flock to Egypt every year, and for a number of different reasons. Some want to take advantage of the country’s world class SCUBA diving sites found in the Red Sea; some just want to experience a different culture; some want a leisurely cruise along the Nile River, but the overwhelming majority wants to visit the many ancient sites for which the country is so famous.

One thing to bear in mind is that Egypt has so many attractions that it would be almost impossible to see them all in a single short break. Most tourists also don’t want a tour itinerary which is so hectic that it leaves them feeling mentally and physically exhausted. Nile cruise holidays are one excellent solution for those seeking the ideal balance.

Exploring Egypt From The Nile River

Those who sail the Nile during a tour of Egypt learn that some sites have been relocated to spare them from flooding or decay; some sites have been lost. Unlike most attractions in Aswan, some can only be seen from the water. The Gebel El Silsila Temple and nearby quarries are sites that most people view only from the deck of a ship.

Interestingly enough, one of the most appealing ways to take in this view is from the deck of a ship known as a Dahabiya. These are the same sailing vessels used during the nineteenth century by many archeologists, who counted on them as sailing houses, and even royalty who viewed them as the most comfortable way to tour the Nile.

Today, the best Dahabiyas host only 25 or fewer passengers at any time, make stops that the larger vessels cannot reach, and give the kind of excellent service that only a small ship can allow. The benefit of the Dahabiya is also found in the locations it will stop, and which can provide travelers with rare opportunities for sightseeing.

The Gebel El Silsila Temple and quarries are a fine example of this. Unlike larger vessels that must keep moving until they reach their approved docking areas, the small and more maneuverable Dahabiyas are able to come to a slow and agreeable drift 26 miles south of Edfu. There they will encounter what the Ancient Egyptians called “Khenu” or the Place of Rowing. This is a region of the Nile where the river narrows substantially and where the bedrock becomes sandstone instead of the dominating limestone of the south.

This is also were Meneh Island is found and the site called Jebel Silsila. This is an ancient quarry used by the pharaohs to build their many monuments and temples. It is considered a New Kingdom site, and was also put to use during the Greco-Roman era as well. In fact, passengers aboard a Dahabiya will be able to gaze at the quarry and if they note the area of the eastern shore, they will be looking upon the home of the many stones used to construct the Ramesseum of Thebes, the Temples at Karnak, and the massive Kom Ombo site.

Gebel El Silsila Temple and Meneh Island are not often places where travelers can visit, and those on the larger vessels get only a fleeting glimpse. When traveling aboard a Dahabiya, however, the passengers enjoy a long slow “tour” of the site as they sit or stand comfortably on their ship’s decks.

Unfortunately, Nile River cruises are increasingly geared toward mass tourism, where literally hundreds of tourists can board a luxury cruise liner which is essentially a floating 5-Star hotel. Now, these types of cruises are admittedly absolutely fantastic, but they lack that special touch of magic which one experiences with a Dahabiya cruise.

While it simply isn’t possible to visit this during Nile cruises from Aswan to Luxor or Nile cruises from Luxor to Aswan, we can arrange a visit either before or after your cruise. As a top-rated tour operator on Tripadvisor, you can book your Egypt our Egypt tour packages with absolute confidence. And, if you don’t find exactly what you’re looking for, we’ll tailor a tour just for you, and at no extra cost whatsoever.