Karnak Temple is actually a vast temple city, with many of its structures dating back 4,000 years. It is today the largest remaining religious site of the ancient world, and it is visited by thousands of tourists every year. Because of its immense popularity, it is featured in many Egypt tour packages, including many Nile River cruises. 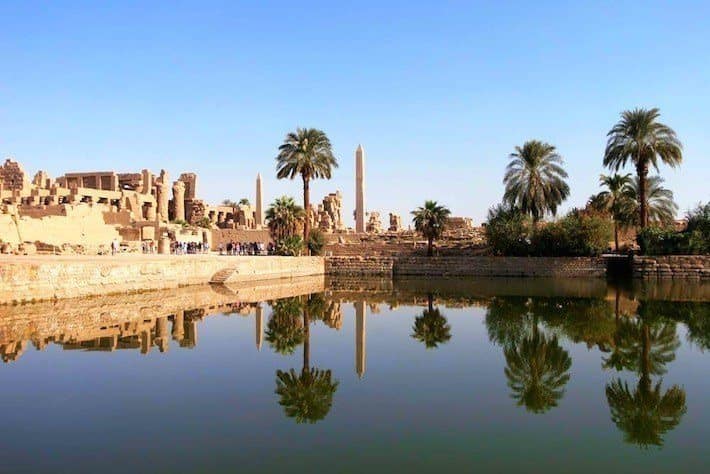 The Sacred Lake in the Karnak Temple Complex, Luxor.

The temple complex is conveniently located near to the modern day town of El-Karnak, just 2.5 km from Luxor. The site is massive, to the point where some people feel it’s necessary to spend at least one full day exploring the area. It’s also good idea to have a guide with you when you visit. 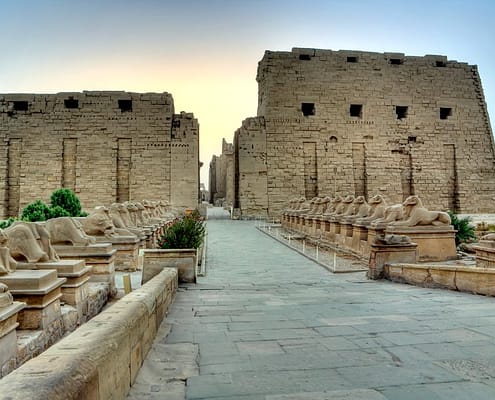 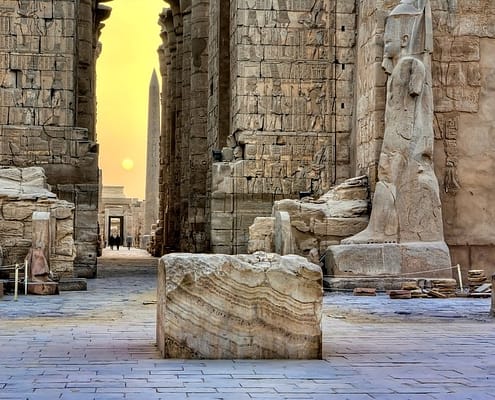 While the oldest structures date back to around 4,000 years ago, most are considerably younger, keeping in mind that the city of temples formed over a period of 2,000 years. Originally, it was actually also part of Thebes, the ancient Egyptian capital. Today, it is also a protected UNESCO World Heritage Site and one of the most visited Luxor tourist attractions.

Despite the fact that it is a rather derelict site, its sheer size and unbelievable number of structures make it one of the most visited attractions in the country. All in all, the complex covers an area of roughly 200 acres, of which 61 acres are occupied by the sacred enclosure of Amun. Put another way, one could fit approximately 10 average sized cathedrals into the enclosure of Amun. 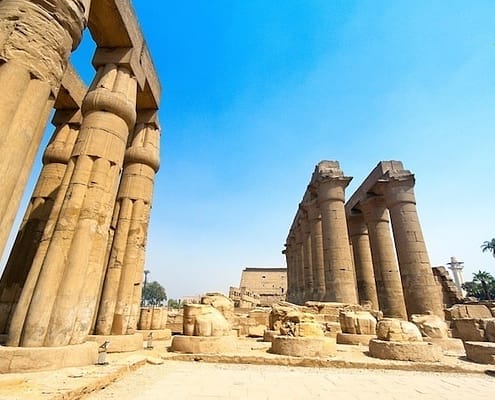 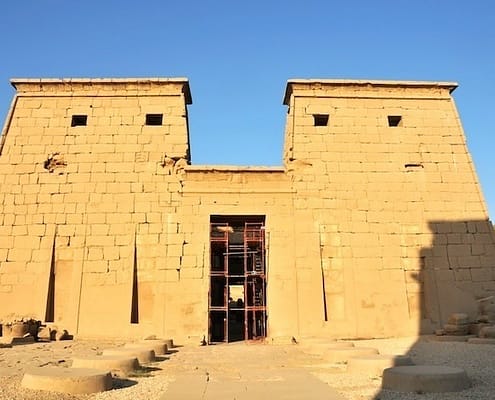 To a great extent, one could say that the temple city of Karnak was the official home of the god Amun. It was only after the 12th dynasty however that Amun rose up to become the God of all gods. To better understand how this occurred, one needs to keep in mind that back in those ancient times, when battles were fought, they were essentially battles between the various gods.

When two opposing forces clashed, the god of the victorious army became evermore powerful. King Thutmose III won many battles under the watchful eye of Amun, and this is essentially how Amun eventually went on to become the supreme god. Unlike many other Egyptian gods, not much is actually known about Amun other that he was often referred to as “Vizier Of The Poor”.

Inside The Hypostyle Hall At Karnak 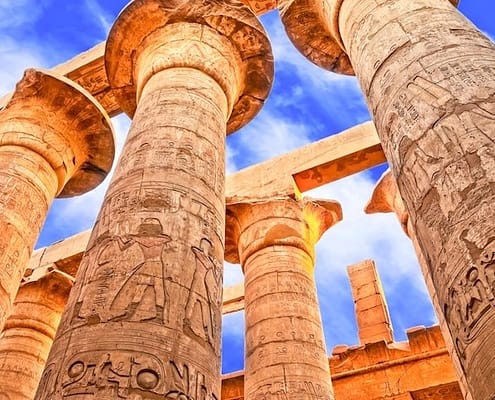 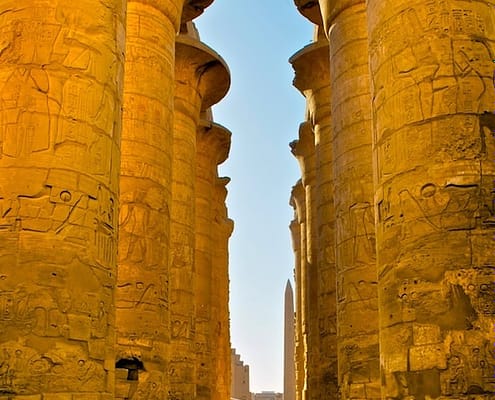 As with so many things at Karnak Temple complex, the hypostyle hall is massive, covering an area of 54,000 square feet, and home to no less than 134 huge columns measuring 23 meters in height. It is only when you actually stand inside the hall amongst its forest of columns that you truly get to appreciate just how wealth the New Kingdom had and to what extend Amun was revered.

The Sacred Lake of the Temple of Karnak

All ancient Egyptian temples had a sacred lake, albeit of different sizes. However, the sacred lake at Karnak was by far the largest of its kind and was filled with water from the Nile River. Today there is a very nice café at the lake, and it’s an ideal to sit and relax while you let you imagination travel back through time.

If you are going to be booking one of our Nile cruises from Luxor to Aswan through us that includes visiting Luxor, it will almost certainly include a visit to Karnak Temple, and the same applies to our very popular Nile cruises from Aswan to Luxor. Like so many attractions in Egypt, Karnak Temple is a place you need to visit in person in order to fully appreciate it. 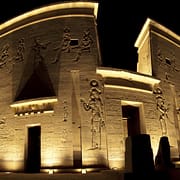 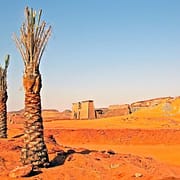 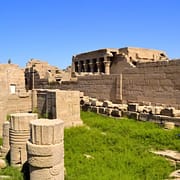 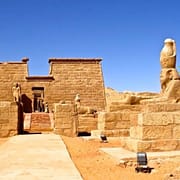 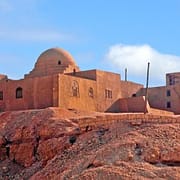