Like many historical sites in Egypt, there are many unanswered question relating to the Temple of Maharraqua, and the mystery is likely to remain unsolved. Explore this mysterious ancient site while enjoying one of our 5-Star Lake Nasser cruises. 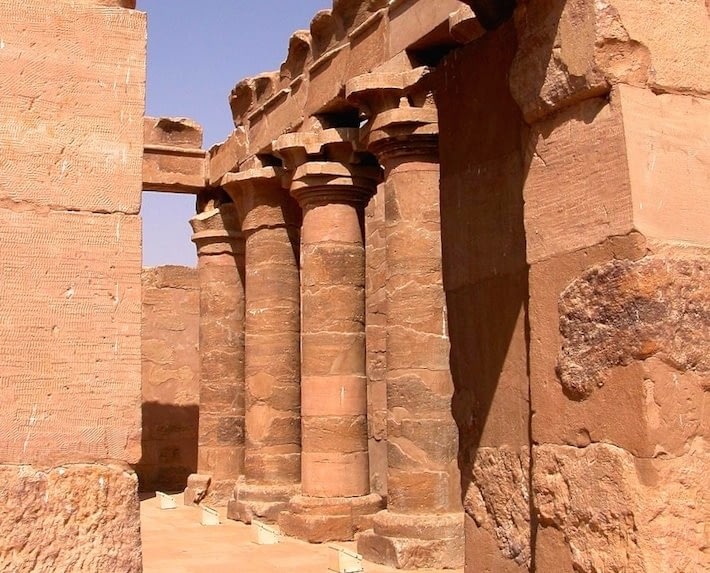 The inside courtyard of the Temple of Maharraqua, Lake Nasser.

If you’ve ever visited Egypt, then you’ll already know that there are countless tourist attractions in Egypt that stir one’s feelings of curiosity. From the mysteries that surround practically every generation of pharaohs, all the way through to the purposes for which many buildings and structures were built, there are a lot of unanswered questions.

In fact, there are many questions which will probably never be answered when you take a look back into the history of Egypt.

The Unsolved Mystery Of Maharraqua Temple

The Temple of Maharraqua, is a tiny unfinished temple shrouded in mystery. Like many historical sites in the vicinity of Aswan, this unfinished temple was also relocated shortly before the completion of the Aswan High Dam. Had it not been moved, it would have been lost to the waters of what is now the world’s largest manmade lake, Lake Nasser. Today, the remains of this temple can be seen at the New Wadi El Seboua site.

Although the temple was never built to completion, and had no formal pylon, the court was completed, along with some surrounding walls. In the corner of this court is a winding staircase that will take you to the roof of the temple. This is actually remarkable feature which has fascinated scholars for many years since this is the only example of such an architectural feature in all of the Nubian temples.

The fact that the temple also lack of an inscription by the designer, has only served to make this feature even more intriguing because it would be very interesting to discover which of the ancient builders used this innovative design.

A Brief History Of Maharraqua

Historians and scholars have long since wondered about the precise dates associated with this temple and also its intended purpose. Most do however agree that it is a Roman built structure, and that construction was probably started before the reign of Augustus.

If this is true, it would suggest that construction got underway shortly before or during 14 AD, and this in turn could shed a bit of light on the reason for the unique winding staircase as well.  The reason for this being that there was a Roman garrison in place at the site at around 23 BC, and studies show that the Temple of Maharraqua actually marked the southernmost frontier of Egypt when the country was in Roman hands.

The ability to easily and quickly reach the rooftop might be one of the reasons that it was featured in the construction.

As already mentioned, the Temple of Maharraqua had to be relocated in the 1960s during the construction of the Aswan High Dam and the flooding of Lake Nasser, as did many other historical sites. It was placed with several other impressive temples at the New Wadi El Seboua and today New Wadi El Seboua is a very popular destination for those visiting the Nubian temples during a Lake Nasser cruise.

Visiting The Temple of Maharraqua

Visitors to the site you will also find the Temple of Dakka, the Temple of Amada, and the Temple of Wadi El Seboua. All of these make for an enjoyable and very compelling experience as they all date from various eras of Ancient Egyptian history, and each of them served very different purposes. It is a good spot to compare and contrast building styles and decorative themes, and also to enjoy a “walk through history”.

So, be sure you visit to Aswan includes a trip to the New Wadi El Seboua site and the Temple of Maharraqua. No other Egyptian tour operator can currently compete with us when it comes to Egypt tour packages, Nile cruise holidays, and luxury Lake Nasser cruises.

Decades of experience has placed us in the top spot, and our team of dedicated tour representatives are on standby 24/7 in order to make sure it stays that way. From the time you land in Egypt, until the time you board your flight back home, we’re with you every step of the way. 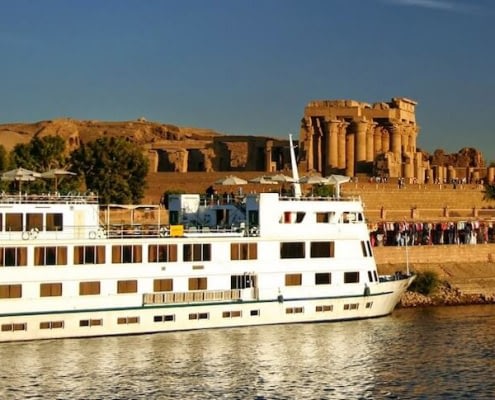