The Nubian Museum has been specifically created to help enlighten visitors about the crucial role this ancient civilization played during Egypt’s past. This museum is not featured in many of our Egypt tour packages, but it is featured in some of our Nile River cruises. 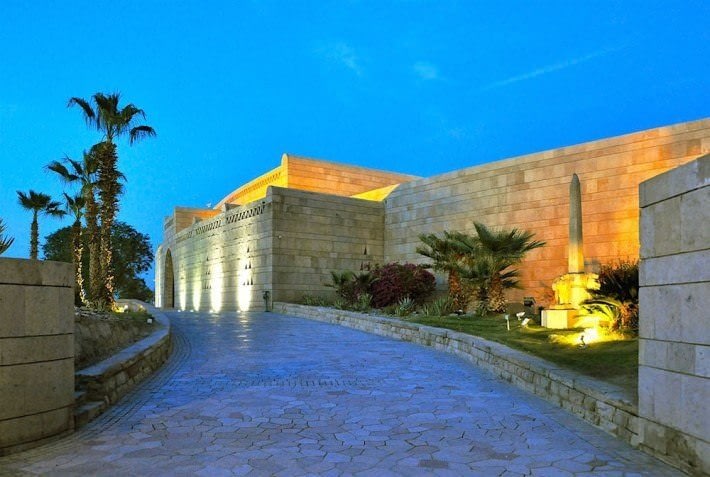 Entrance of the Nubian Museum in Aswan.

The overwhelming majority of tourists arriving in Egypt are there to visit the country’s most infamous attractions, such as the Great Pyramids of Giza; the Sphinx; Valley of Kings and etc. Nonetheless, many visitors want to dig deeper in a quest to understand what drove the many major events that took place during the country’s history, and one way to do that, is to visit a few museums during your stay, including the Nubian Museum in Aswan.

There are many wonderful attractions in Aswan, including museums such as the Nubian Museum. Though the ancient “Land of Gold” no longer technically exists, the people known as the Nubians do. They come from the areas between Aswan in Upper Egypt and Khartoum in Sudan, and they have an amazing history and heritage.

The Nubians In Ancient Egypt

The Nubians were well known to the Ancient Egyptians. After all, the Egyptians invaded and conquered their territory over the course of different Pharaonic Dynasties. Then again, the Nubians also took control of Egypt during its 25th Dynasty as well.

According to historical records, we know that the Egyptians and the Nubians often got along peacefully and enjoyed prosperous trade. There were even some pharaohs of Nubian descent as well. Over time, however, a number of the other groups that conquered Egypt would interact with the Nubians,, but some were not as friendly. 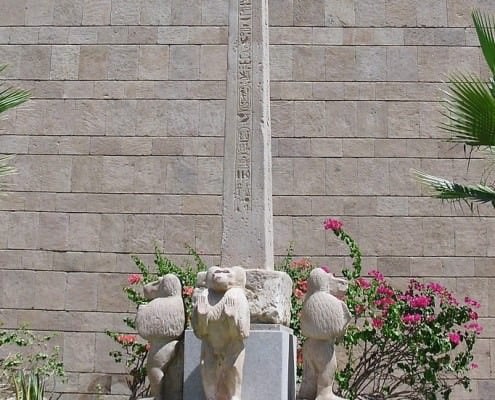 The Nubian Museum in Aswan was created specifically to preserve the story of this ancient society and also to educate visitors and travelers about their history, both in Egypt and Sudan. If museums are your thing, you will quite literally be bowled over when you visit the Nubian Museum. The place is massive, and it’s home to more than three thousand artifacts and antiquities which are all beautifully displayed.

The pieces range from the prehistoric to the geological, and they cover every era of Nubian history. Guests will be treated to displays that talk about the Nubians during the times of the pharaohs, the Copts, the Romans, and in the modern era. They will discover that the Nubian people are now scattered due to the political divisions between Egypt and Sudan, and that many live near the borders and even as far north as Cairo.

The Museum As It Stands Today

Located on a natural rise, the location offers visitors a spectacular view of the entire landscape – including the majestic Nile River which lies to the east of the museum. It really does cover an enormous amount territory, although at present the existing building itself covers only a small amount of the land that has been handed over to the museum. However, there are plans to expand the complex and to add additional gardens.

The museum’s collection covers the historic periods dating from prehistory through to Egyptian Domination, on to the Christian Period in Egypt, the Islamic Period and into modern Nubia. They have everything from Roman statues and Egyptian sculptures, to impressive jewels and everyday household goods. Travelers give the museum rave reviews and compare it to the Egyptian Museum in terms of quality and organization.

If you package tour doesn’t include a trip to the Nubian Museum, then you best bet would be get a cab from Aswan. The journey only takes approximately 20 minutes, and it also saves you the stress of having to worry about parking and etc. Given the size of the museum, it’s best to allow at least four hours for exploring the vast number of artifacts. Lastly but not least, there is an admission fee but it’s a modest one and certainly worth the cost.

If you would like to visit Aswan please be sure to visit our Egypt tour packages page. We offer a huge selection of package tours, along with many Nile cruises from Aswan to Luxor and Nile cruises from Luxor to Aswan. And, if you don’t find a package that’s right for you, just let us know and we’ll be in touch with you in order to tailor the ultimate Egyptian holiday.

Explore Egypt in style, and visit the Nubian museum with your personal guide and driver while you’re here.