For the most part, travel to Jordan is considered to be safe. Jordan is safe and stable, but visitors are advised to avoid all non-essential travel to areas within 3 km of Jordan’s border with Syria. 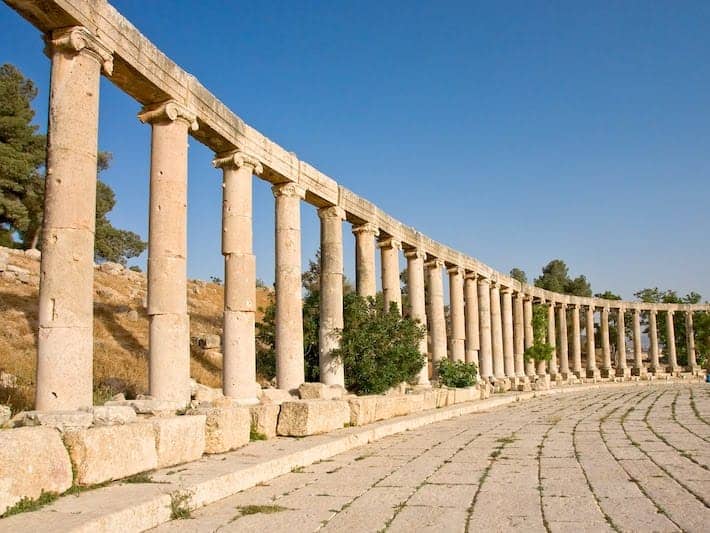 Is Travel to Jordan Safe?

Yes, travel to Jordan is safe, but as mentioned above visitors are advised to avoid all non-essential travel to areas within 3 km of Jordan’s border with Syria. Visitors to the country should also not travel east from the town of Ruwayshid towards Jordan’s border with Iraq. The reason why visitors are advised against traveling to these areas is due to the potential for cross-border violence. Travel to or in the Zarqa, Rusayfah, as well as the Baqa neighborhood of Ayn should also be avoided due to the risk of crime and terrorism.

Some governments have also advised their citizens against traveling to Ma’an City and certain areas within the Ma’an Governorate due to the risk of crime and terrorism.

The good news is that none of Jordan’s major tourist attractions are located in the areas which have been mentioned above. So, is travel to Jordan safe? For the overwhelming majority of tourists, Jordan is a very safe country to visit. In fact, some would even go as far as saying it’s one of the safest countries to visit in the entire Middle East.

A Conservative but Liberal-Leaning Country

While Jordan is of course a Muslim-majority country, and a somewhat conservative country, it is a lot more liberal than many other Muslim countries, including some neighboring countries. For example, female tourists, and even Jordanian woman are not required to wear the hijab. Many local women do choose to wear the hijab, but it’s a personal choice.

Unlike in some other Arab countries, foreign tourists are also allowed to consume alcohol, but only in designated areas and/or venues.

For many first-time visitors, it comes as a surprise to see people in Amman, the capital city, dressed in much the same way as people dress back in their own countries.

Is Jordan safe to visit or is COVID-19 still a serious threat? As is the case with many countries around the world, Jordan has lifted nearly all of its Covid-19 travel restrictions. As of the time of writing, visitors were no longer required to show proof of vaccination and there were no mandatory quarantine requirements. However, visitors were required to show proof of a negative COVID-19 test undertaken no more than 120 hours prior to arriving in the country.

Why Such a Strong Security Presence

From the moment you arrive at Queen Alia International Airport in Amman, or even if you enter the country via one of its land border crossings, you can expect to see a very notable security/military presence.

From metal detectors at hotels and public buildings, to tourist police at major tourist attractions, and a heavy military presence at checkpoints in and around border areas, you would be forgiven for thinking that you had suddenly arrived in an extremely dangerous country.

In truth, however, the strong security presence is in place to prevent crime, rather than being in place as a response to crime.

Jordan has historically had low crime levels, and violent crime involving tourists is virtually unheard of. Stealing from, or harming tourists in any way can result in very harsh punishments. Such offenses are also strongly frowned upon, even by regular everyday Jordanians.

Are you still wondering is travel to Jordan safe? While this may come as a surprise to many people who read this post, according to a World Economic Forum report, Jordan is safer than both Great Britain and Germany.

To a great extent, one could describe Jordan as being a peaceful and quiet home in an otherwise noisy neighborhood. Some seasoned travelers even go as far as saying that Jordan is the safest Middle Eastern country to visit.

Is Jordan Safe to Visit as a Gay Couple?

While Jordan does not officially recognized same-gender marriages, it is one of only a very small number of Arab countries in which a homosexuality is legal. With that having been said, homosexuality is largely frowned upon by most Jordanians. Additionally, displays of affection are frowned upon, as is the case in all Middle Eastern countries. This is even more relevant in the case of gay couples.

Food hygiene standards may or may not be the same as what you are accustomed to, depending on where about you eat. As is typically the case in all Middle Eastern countries, the food in Jordan tends to be delicious. This also applies to street food, which we highly recommend trying. However, you should avoid eating meat products if the meat looks like it has been out for a while.

So, is travel to Jordan safe in terms of the food? Yes, absolutely, and a little bit of common sense can go a long way in helping to ensure that you don’t end up with an upset stomach.

How about tap water? While some locals do drink tap water, we recommend that travelers should rather stick to bottled water. With that having been said, tap water in Jordan is perfectly safe for showering and even for brushing your teeth.

Tips to Take Away

Is travel to Jordan safe if you travel independently? Yes, Jordan is a very safe country regardless of whether explore the country with the help of professionals or whether you choose to explore it independently.

With the above having been said, exploring this fascinating country as part of a professionally-designed travel package makes for a less stressful and a far more rewarding experience.

If you are ready for a once-in-a-lifetime journey through Jordan, or better still, Egypt and Jordan, be sure to check out our epic range of high-quality Egypt and Jordan tours packages today.

Contact us now and let us turn your dream holiday into a reality, just as we have done for nearly half a million other travelers already.

September 14, 2017
Enjoy a vacation of a lifetime with our 15-day Egypt, Jordan, Israel Itinerary, complete with a Nile cruise; an unforgettable journey through time.
END_OF_DOCUMENT_TOKEN_TO_BE_REPLACED

September 12, 2017
Secure a holiday deal of a lifetime with a flawless 15-day Egypt, Jordan, Dubai Tour package which is both amazingly affordable, and totally unforgettable.
END_OF_DOCUMENT_TOKEN_TO_BE_REPLACED

September 12, 2017
Visit Egypt’s finest attractions and explore some of the oldest human dwellings ever discover when you visit Jordan with our magical 14 days Egypt and Jordan Package Tour.
END_OF_DOCUMENT_TOKEN_TO_BE_REPLACED

September 12, 2017
Three diverse countries; many different cultures and millions of unforgettable memories: A once in a lifetime 13 Day Tour of Egypt, Jordan and Israel.
END_OF_DOCUMENT_TOKEN_TO_BE_REPLACED

July 23, 2017
Immerse yourself in the ancient wonders of Cairo; relax with a Nile cruise and explore the historical sites of Jordan: A quality Nile cruise and Jordan tour.
END_OF_DOCUMENT_TOKEN_TO_BE_REPLACED

July 23, 2017
Enjoy a Cairo, Abu Simbel, Nile Cruise and Jordan tour which is insanely affordable; totally flawless, and more rewarding than you could ever imagine.
END_OF_DOCUMENT_TOKEN_TO_BE_REPLACED

April 10, 2014
Immerse yourself in the history of bygone civilizations, from the giant Pyramids of Giza in Cairo, to the ancient rock-cut Lost City of Petra in Jordan.
END_OF_DOCUMENT_TOKEN_TO_BE_REPLACED