The desert regions of Cairo can be unforgiving places, but they can also be wonderfully accommodating, as is the case with the beautiful Wadi El Rayan oasis. 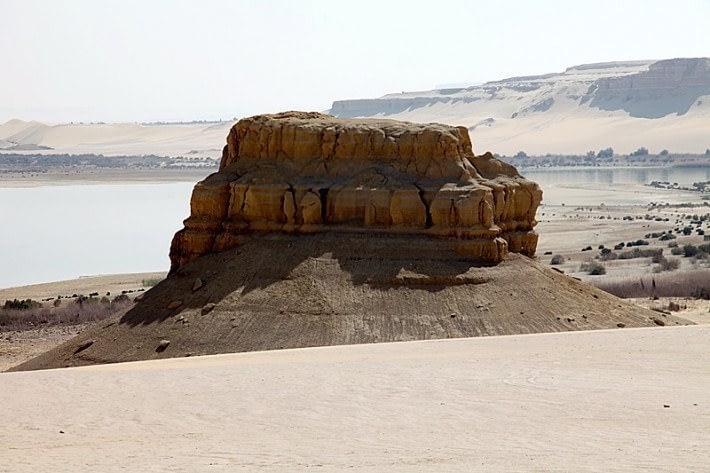 Rock at the southern lake in the Wadi El Rayan.

When you think about deserts, you usually imagine vasts stretches of sand and scorching temperatures that make it also impossible for humans to survive. It’s certainly not often that one thinks of beautiful cool lakes, waterfalls, and great swimming opportunities when speaking about the desert. Nonetheless, that is precisely what travelers can expect to find when they pay a visit to Wadi El Rayan, located just outside of the Fayoum Oasis in Egypt’s Western Desert.

Wadi El Rayan has a fascinating history that has its origins in the water projects done by such notable pharaohs as Ptolemy I and Amenenmhet I during ancient times. While they actually brought water back to the dried lake beds and successfully converted the Fayoum Oasis into the “Garden of Egypt”, it was not until the 20th century that major efforts were made to ensure that the water in this spectacular desert area was suitable for consumption as well as for agriculture.

According to various studies, the ancient pharaohs originally drained this particular basin in order to create more workable land. This inevitable led to a number of serious setbacks in terms of agriculture and the farming of the country’s most profitable crops, including things such as reeds and rice.

In the late twentieth century however, the government of Egypt decided to use the Wadi El Rayan, which is essentially a massive depression that sits 43 meters below sea level in the western area of the Fayoum, as a basin for three new lakes.

Not only did this move create a beautiful oasis in an otherwise inhospitable region, but it allowed allowed the highly saline waters already in the Fayoum to drain properly, and in doing so, balance the rates of evaporation in order to control any unintended flooding.

Another benefit of this project is that it also created some of Egypt’s only waterfalls since the natural contours of the canyon channel the water down a number of stepped terraces and inclines. 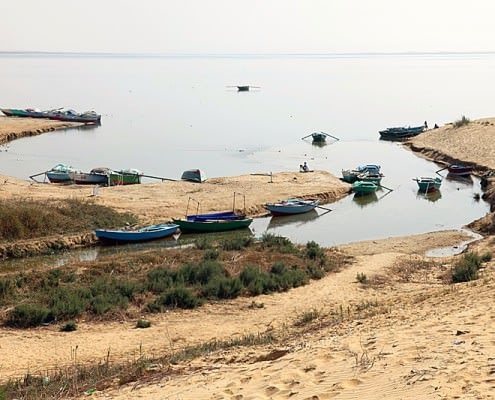 Today, visitors can take a two-hour car ride out of Cairo and down to the shores of Lake Qarun which is located on the way to Wadi El Rayan. This provides them with not only amazing scenery, but also the chance to see plenty of interesting fauna and flora.

After the lake, the road heads back into the desert, where rising dunes and impressive scenery will be enjoyed as you travel the 14 kilometers which takes you to the entrance gates. There is parking at this site, and visitors should keep in mind that the rest of the journey must be undertaken on foot.

Because Wadi El Rayan is such a popular area for residents and tourists alike, there are a few cafeterias operating nearby. There are also several vendors selling fun souvenirs too, and depending on your haggling skills, some really good deals can be had. You may also be able to speak with local fisherman, many of which will be happy to sell you their catch of the day, and even cook it for you on an open fire for a few extra coins.

Explore The Best Of Egypt

Cairo is a real treasure trove when it comes to fascinating tourist attractions, but the frantic pace of the city can become a touch overbearing after a few days. If you’re looking for guided Egypt tours that include a visit to some some relaxing venues, please be sure to check out our Egypt tour packages.

We offer some fantastic package tours, custom Egypt tours, and even a wide range of Nile cruise holidays. All of our tours are professionally guided tours that include clean and modern air-conditioned transport so you can be sure your travel needs will be in good hands.