Devrent Valley in Cappadocia might not have historical architectural wonders or even ancient ruins, but it is still one of Turkey’s most loved tourist attractions. Visit and explore this amazing place with one of our fully customizable Egypt and Turkey Tours. 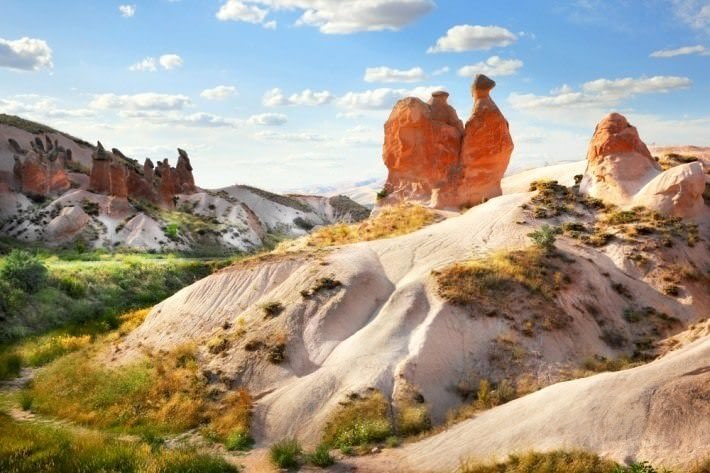 Devrent Valley is totally devoid of ancient ruins, and neither will you find any historical Turkey tourist attractions, such as the Blue Mosque or the Greek Orthodox Church in Istanbul, Turkey’s capital. You won’t even find any museums, or anything remotely similar to the famous cave churches which are found not too far away from Devrent Valley in Cappadocia.

One could even go as far as saying that there is absolutely nothing at Devrent Valley in Cappadocia other than plenty of rocks. So, if there’s nothing there, why do countless people from all over the planet insist on going there when they visit Turkey?

Cappadocia is a large area located in Turkey’s central Anatolia region. The area is famous for its spectacular, naturally occurring oddities, including countless cave churches and the nearby natural rock fortress. Cappadocia is also famous for its many underground cities which once served to protect Christians from persecution in the early days prior to Christianity becoming an accepted religion.

These underground cities also featured impressive defense systems. For instance, each level of a city would be home to several traps, most of which could result in the death of an unsuspecting intruder. Corridors within the cities were also made very narrow in order to stop people moving in groups. This made it easier for the inhabitants to eliminate one intruder at a time. One can only wonder how many Romans lost their lives in Cappadocia’s underground cities.

Most, if not all of our Egypt and Turkey tours include a stay in Cappadocia along with some incredible sightseeing. However, not all tours include a visit to Devrent Valley although we can easily include it if requested.

Welcome To The Timeless Devrent Valley in Cappadocia

Devrent Valley in Cappadocia is also often called “Imagination Valley” or the Pink Valley of Cappadocia. Imagination Valley is actually the most fitting name for this intriguing area however. If you don’t have much of an imagination before you visit, you certainly will have by the time you have finished visiting the area.

Everywhere you look, you will see rocks that resemble animals; plants; mythical creatures, and even humans. In fact, the more you look, the more you’ll see. Some people have even described Devrent Valley in Cappadocia as a huge “rock zoo” or a zoo where all the animals are made from rock.

No amount of words can truly explain just how fascinating Devrent Valley in Cappadocia really is. It’s just one of those places you have to see for yourself in order to fully appreciate the majesty of it all. Some of the huge rocks have such a close resemblance to things that one would be forgiven for thinking they are ancient statues which have eroded over the centuries.

In truth however, no human hands have ever contributed to these astonishing rock sculptures, and as far as we know, there also hasn’t been any divine intervention despite the fact that the one rock pillar does resemble Mary holding baby Jesus.

Strolling Your Troubles Away

There are many places offering guided tours of the area, and of course having a guide can be helpful. However, the best way to really enjoy Devrent Valley in Cappadocia is to stroll along the many foot paths undisturbed, as you silently allow your imagination to uncover a seemingly limitless number of creatures.

Finding an elevated area where you can sit down and relax is also to be recommended. Looking down at the rocks you’ll once again notice that many more creatures have suddenly appeared while you were climbing up to your chosen vantage point.

By the time you get back to your hotel room, your legs may be a little tired if you’ve done a great deal of walking, but your mind will feel totally refreshed and stress free.

Other Interesting Attractions In Cappadocia

If you enjoy striking natural beauty which never fails to leave you feeling intrigued and inspired, then Cappadocia is probably one of the very best places you could ever hope to visit. Apart from Devrent Valley in Cappadocia, other “not-to-be-missed” sites include places such as Kaymakli Underground City; Goreme Open Air Museum, and the Forgotten Cave Churches.

Devren Valley in Cappadocia is one of the top attractions in the region, but it’s also just a small sample of what awaits any adventurous traveler. You can secure you holiday of a lifetime right this minute by visiting our Egypt and Turkey tours. 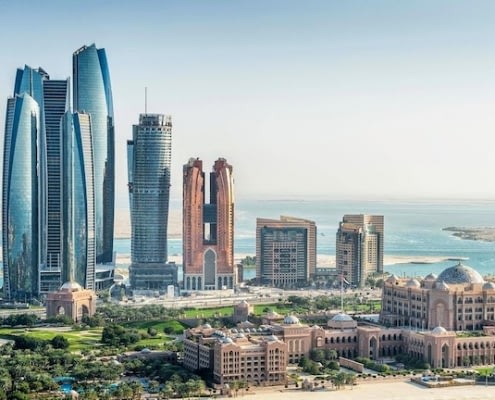