Burj Al Arab is a luxurious 7-Star hotel located in the heart of Dubai, and its sleek modern design has effectively made it one of the most recognizable landmark. While the hotel is only open to guests who are staying there, nearly all of our Egypt and Dubai tours include a photo-taking opportunity. 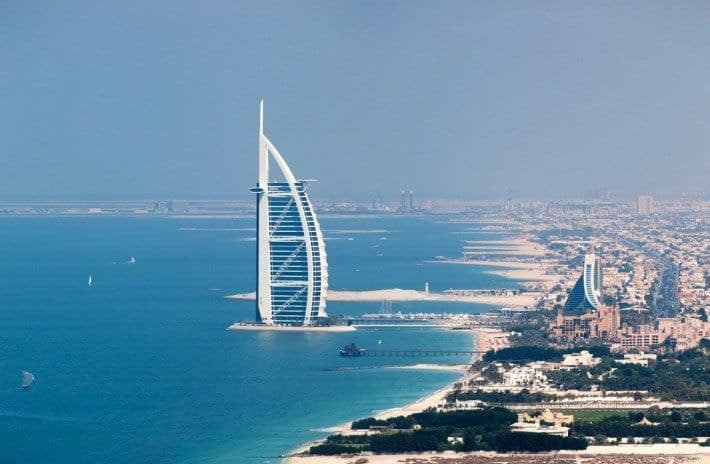 Dubai is a country which you really need to visit before you’ll be able to appreciate all it has to offer. No amount of articles or photographs can truly describe this fascinating city which is without question one of the world’s top tourist destinations.

People tour the Middle East for many different reasons. Some visit for religious reasons; some visit because historical sites are plentiful, and some just like experiencing different customs and cultures.

While there there are plenty of fascinating Dubai tourist attractions to keep visitors busy, one can still safely say that many tourists in Dubai are there because they want to experience the sort of luxury only Dubai is able to offer.

There is so much of this precious metal being displayed that you’d be forgiven for thinking it is all fake gold. And, if you want to spoil yourself with a stay in the world’s only 7-Star hotel, you head for Dubai, and you book into the Burj Al Arab Hotel.

Our Egypt and Dubai tours do not include a stay in this luxurious hotel, but if you really want to spend a night or two in this hotel, we can customize your chose tour accordingly.

Building The World’s Most Luxurious Hotel 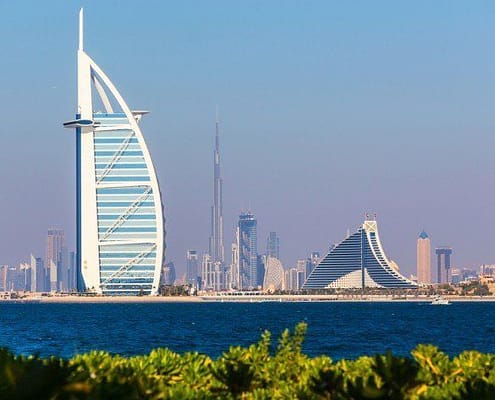 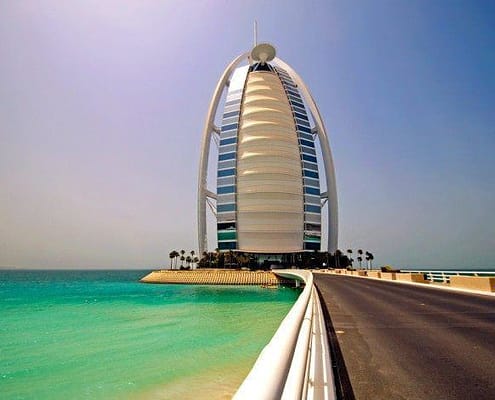 When initial requests were made for the building of the tower, the architect was asked to design a building so unique that it would ultimately become the trademark of Dubai. When people see the Eifel Tower, they instantly think of Paris, and this is the sort of effect this new building was to have.

Constructing the Burj Al Arab building, which is essentially in the form of a traditional Arab sailing boat known as a dhow was no easy task. In fact, it is still considered to be one of the most challenging and most complex architectural projects ever undertaken.

Burj Al Arab was to be built about 280 meters offshore on a man-made island. Creating an artificial island capable of supporting the world’s 4th tallest hotel was in itself a massive challenge, but then again, in Dubai no challenge is too big. Interestingly enough, it took longer to create the island than it did to complete the construction of the hotel.

In The Lap Of Luxury

Burj Al Arab is located near Jumeirah Beach and the residential area of Jumeirah. This area is largely seen as being Dubai’s most exclusive residential area, and as such, it’s the reserve of rich Arabs and wealthy expats. 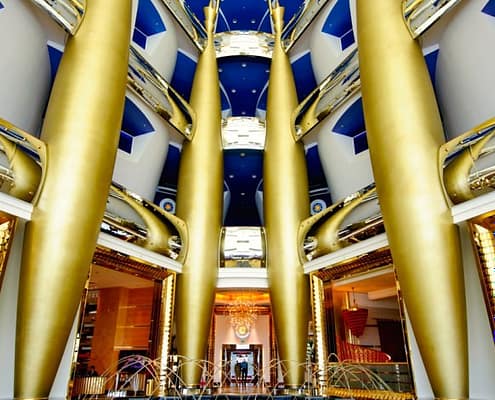 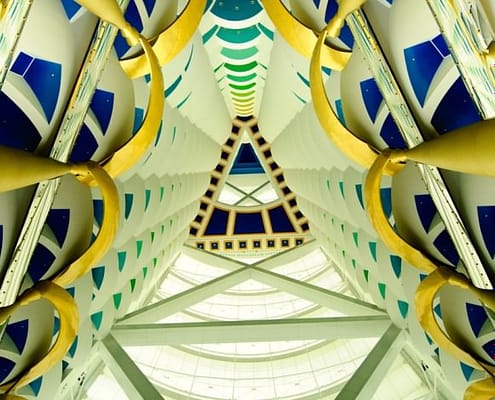 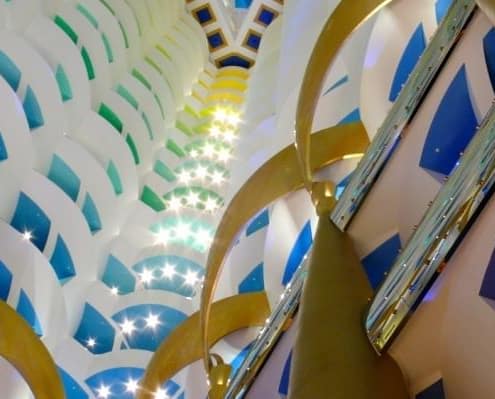 Access to Burj Al Arab is via a privately owned bridge, and the luxury which awaits visitors making the crossing is quite simply mind boggling. Many first time visitors are dismayed to discover such a large hotel only has 28 floors which are home to 202 rooms. However, all 28 floors are double floors, and rooms are large and spacious.

The smallest suite for example measures 169 square meters, while the largest suite measures a whopping 780 square meters. If you really want to spoil yourself, then you can book the Royal Suite for a few days, but be warned, it’s going to cost you no less than US$18,700 per night.

The hotel is also home to two world class restaurants. One of them is located around 200 meters above the sea, which as a result offers diners a spectacular view. The second in an aquarium environment and is accessed by means of a simulated submarine ride. The aquarium itself is massive, containing nearly one million liters of seawater and countless species of fish.

Yes, sightseeing is allowed but bookings must be made in advance, either in Dubai, or through you local tour operator before arriving in the country. If you book in person at the Burj Al Arab you can expect to pay quite a high charge. Most experienced travelers would advise you to rather book a table in one of the bars or restaurants, it which case there is no fee for sightseeing.

If you would like to see Burj Al Arab in all its glory, or perhaps even spend a night or two immersed in its unimaginable opulence, you can do just that with one of our classic Egypt and Dubai tours. 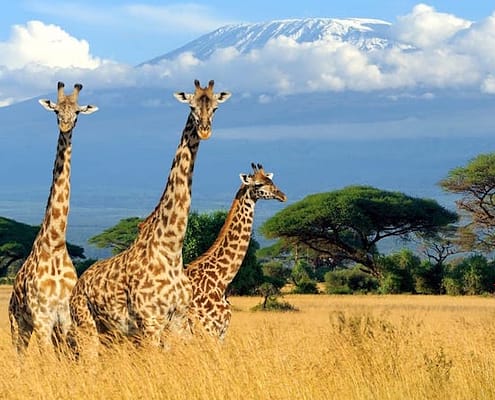 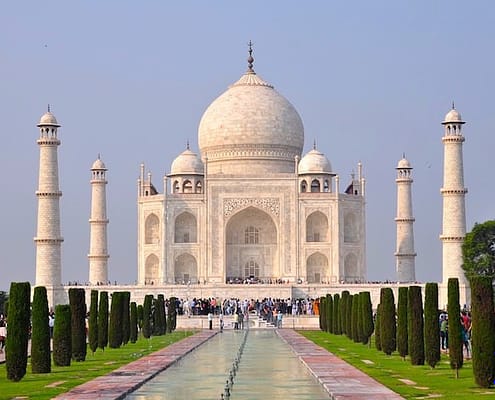 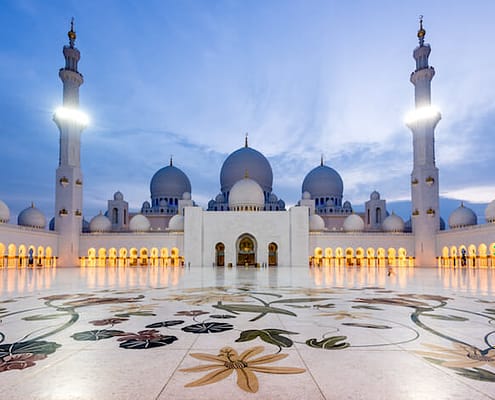 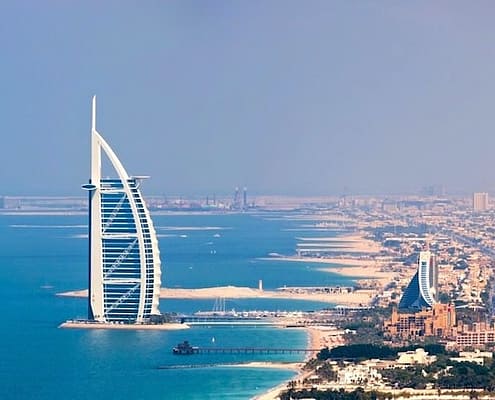 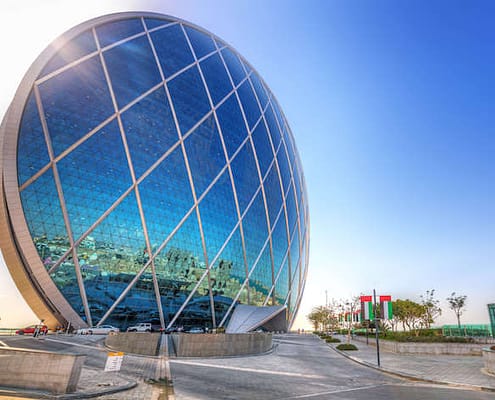 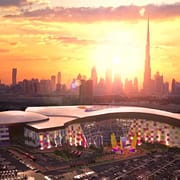 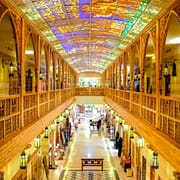 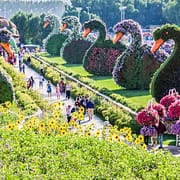 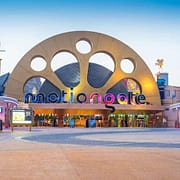 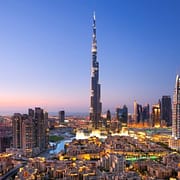 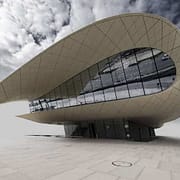