Qasr Azraq is one of several structures that were built in the east of modern-day Jordan. Also known as the Blue Fortress, Qasr Azraq is located approximately 100 kilometers to the east of Amman, very near to the town of Azraq.

Unlike many of the country’s other Desert Castles, Qasr Azraq was not abandoned following the demise of the Umayyad Dynasty. Instead, it was used by subsequent dynasties as well. Not all of our Egypt and Jordan combined tours include a visit to this site. 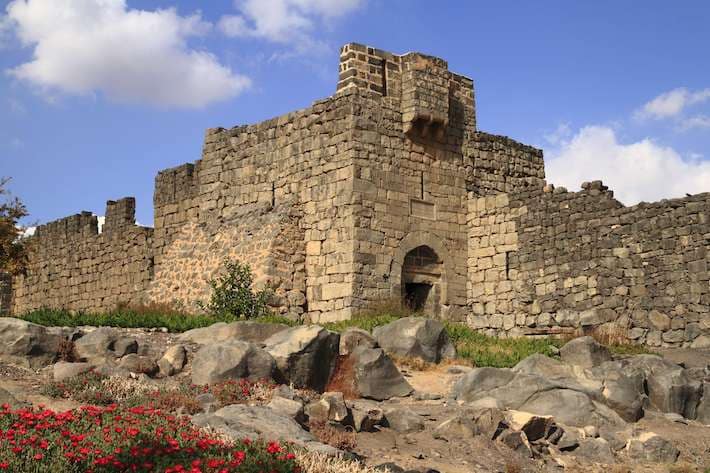 Qasr al-Azraq is one of several Desert castles in eastern Jordan.

Another thing which sets Qasr Azraq apart from many of the other Desert Castles is the fact that it has been used for military purposes, whereas many of the others never were. Part of the reason for this was because it was located next to an important oasis which was the only source of water in a vast expanse of desert.

Qasr Azraq is without question one of the most impressive of all the Desert Castles. This, along with the fact that T.S. Lawrence (Lawrence of Arabia) once used the fortress as a base for his operations, has resulted in it becoming one of the important Jordan tourist attractions in this part of the country.

What are Jordan’s Desert Castles?

Desert Castles is a collective term which refers to numerous structures located in the desert in eastern Jordan. These include castles, fortresses, palaces, royal retreats, and etc.

While many of these buildings are located in Jordan, there are also several in places such as Syria, West Bank (Palestine) and Israel.

Most, but not all were built by Umayyad caliphs during the 7th and 8th centuries AD. Some were used for military purposes, while others never were. Many of the building were also abandoned before ever being completed.

If you book one of our Egypt and Jordan tours that include some free time, this is certainly one attraction you may want to consider visiting.

During its time, Qasr Azraq would have been of immense strategic importance due to its location in the Azraq Oasis. This was the only available source of water in an arid desert region spanning approximately 12,000 square kilometers.

The area was inhabited by the Nabateans but it fell to the Romans in about 200 CE. The Romans then built a structure from local basalt stone. Rather than this being a fort, it was simply a base for future construction.

In fact, the base was later used by the Byzantine Empire and later by the Umayyad Empire.

The final stage of building took place in about 1237 CE on the orders of an Ayyubid Emir who demanded that it be redesigned and fortified. Qasr Azraq as it appears today dates back to this period.

It is also known that the fortress was used as a base for a garrison of Ottoman Turks during the 16th century.

Roughly 400 years later, T.S. Lawrence used the Blue Fortress (Qasr Azraq) as his headquarters during the Great Arab Revolt as depicted in the famous movie, Lawrence of Arabia.

These qualities, along with the fact that Qasr Azraq is associated with T.S. Lawrence have helped to make it a very popular tourist attraction.

The fortress is very well-preserved, and visitors are generally free to explore the entire complex, both upstairs and downstairs. Most people who visit Qasr Azraq also visit Qasr Amra and Qasr Al-Kharana, both of which are just a short distance away.

Qasr Azraq is one of the most remarkable tourist attractions in this region of Jordan, along with several of the other Desert Castles.

It is great being able to tell people you have stood in the exact same room where Lawrence of Arabia once sat while drawing up battle plans during the Great Arab Revolt against the Ottoman Turks.

Because most standard Jordan tours don’t typically include visits to the Desert Castles, many travelers choose to visit them as part of a day trip.

With this in mind, it is worth noting that at Egypt Tours Plus, all of our  Egypt and Jordan tours can be customized and tailored to include a visit to Qasr Azraq. 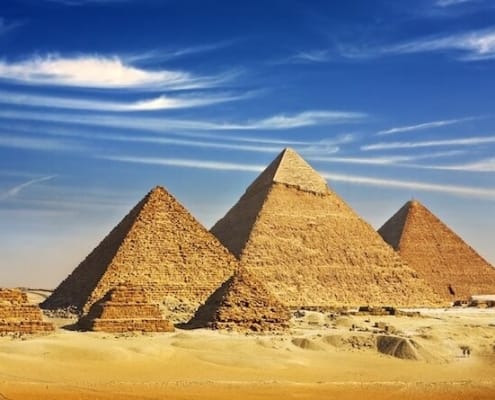