Mount Nebo in Jordan is considered to be one of the most significant Christian pilgrimage sites in Jordan, but it is also of great importance to people of other faiths too. Not surprisingly, Mount Nebo features in nearly all of our existing Egypt and Jordan combined tours. 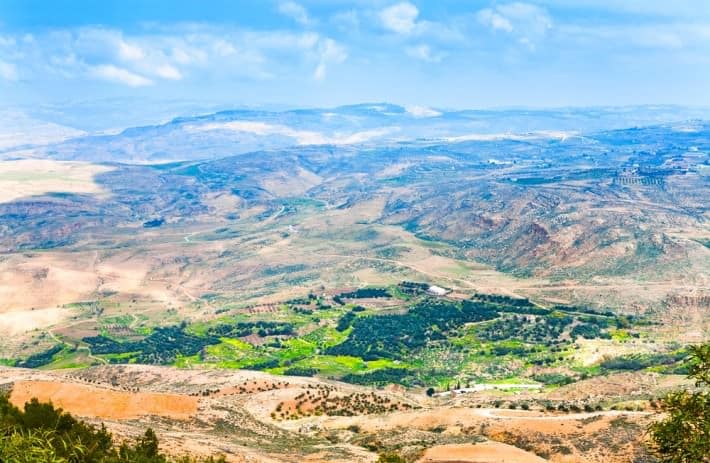 View of the Promised Land from Mount Nebo in Jordan.

Jordan has a long and colorful history, and certainly no shortage of historical tourist attractions. Countless people flock to Jordan every year to see the infamous ruins of Petra, otherwise called the Rose City of Petra. However, this is not the only reason why so many people choose to visit Jordan.

Many people want to explore the vast stretches of unspoiled desert, and while doing so, experience life among the local Bedouin people who continue to live in the desert to this day. Others want to visit the many museums; galleries and etc. while some simply want to visit Jordan because of its biblical significance. Whatever your reason is for wanting to visit the country, Mount Nebo deserves a place on your list of must-see Jordan tourist attractions.

Jordan And The Bible

Jordan, or at least certain parts of Jordan, are mentioned frequently in the Bible. In fact, many Christians want to visit Jordan at least once in their lives because of the country’s Christian pilgrimage sites. With that having been said, Jordan is also a much loved destination for people of other faiths, including Muslims for example.

Mount Nebo in Jordan is of so much significance to Christians, that the late Pope John Paul II actually gave a sermon at the top of Mount Nebo during his visit to the country in 2000. A more recent papal visit took place in 2009 when Pope Benedict XVI visited the mount and announced that it is from this mountain that his pilgrimage to the Holy Land would begin.

Moses And The Promised Land

The reason why Mount Nebo in Jordan is held in such high regard by Christians, is because it is believed to be the place where Moses was first shown the “Promised Land” by God himself. Looking from the top of the mountain, one can see the Holy Land; Jericho and even Jerusalem on a very clear day.

Although God’s promise was made to Moses, Moses himself never set foot on the land. Christians also believe that Moses died and was buried on Mount Nebo in Jordan, and that his body was buried by God. The exact location of his burial place remains unknown, and some scholars have suggested that his burial place might be elsewhere, on a different mountain. Muslims on the other hand believe he was buried several kilometers away, to the west of Mount Nebo.

Because all of our Egypt and Jordan tours are fully customizable, we can easily remove it from your preferred itinerary if would rather visit a different site instead. 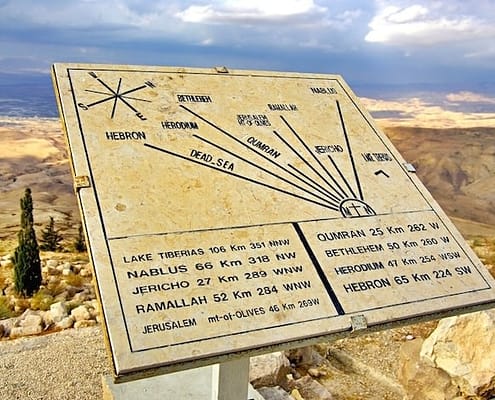 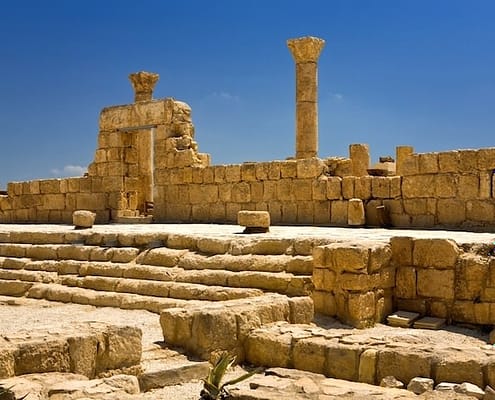 Syagha is the highest point of the mountain, approximately 820 meters above sea level. Because it’s the highest point, it also provides the best views, and it is from here that one can see as far away as Jerusalem on a clear day.

There is also the remains of an ancient church and monastery on Mount Nebo in Jordan which was only discovered in 1933. The church is believed to have been built towards the end of the 4th century. Records also show that the initial building was extended at some point during the early 5th century, and then rebuilt completely in AD 597.

Anyone visiting Mount Nebo in Jordan today will see the exact same views Moses saw when he was first shown the Promised Land. Visitors will also be able to explore the old church ruins and see the six tombs which were discovered beneath the church’s floor.

In more recent times, a modern presbytery was built in order to protect the site of the old church, and also to provide a place of worship for those who make the pilgrimage.

Another significant Christian attraction is the fact that it was in the Jordan River that Jesus got baptized by John the Baptist. Countless people now make the pilgrimage to a place called Al-Maghtas after visiting Mount Nebo in Jordan. Al-Maghta is widely believed to be the place where the baptism took place.

If you would like to make the pilgrimage to Mount Nebo in Jordan, and look out over the Promised Land, just as Moses himself did so many years ago, you can do just that with one of our Egypt and Jordan Tours. If you don’t see a tour package you like, let us know, and we can tailor one just for you. 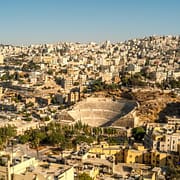 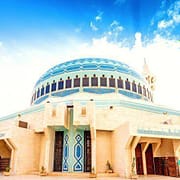 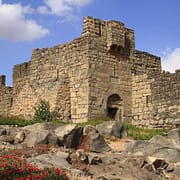 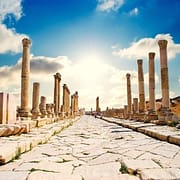 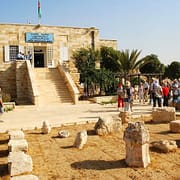 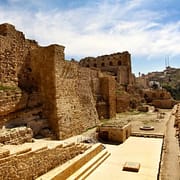