One of the very first landmarks you will notice upon arrival in Marrakech, is the city’s famous Koutoubia Mosque which is without question the most prominent landmark in the area. Koutoubia Mosque also has several other names, including Kutubiya Mosque and Jami’ al-Kutubiyah for example.

However, the names, as well as the different spelling variations all mean the same thing; Booksellers Mosque. While non-Muslims are not permitted inside the mosque, a visit to the grounds is included in most of our Egypt and Morocco Tours. 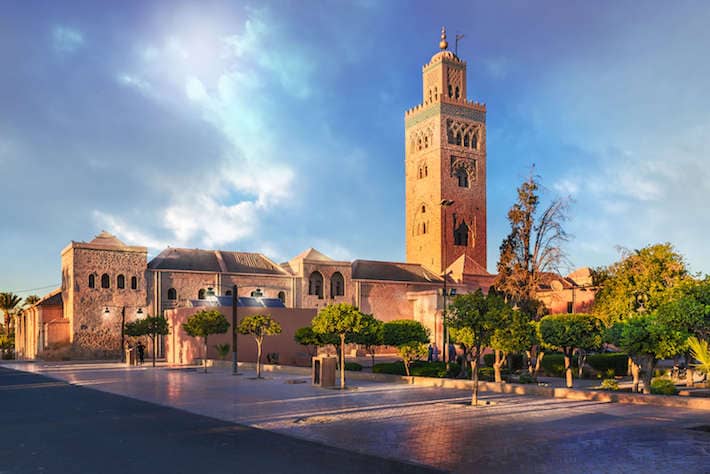 Koutoubia Mosque – Probably the most prominent landmark in Marrakech.

Although times have changed over the years, there was a time when the streets surrounding this mosque were home to as many as 100 different book vendors. Even today, you can expect to see many book vendors at the nearby souk.

Located in the southwest medina quarter, the mosques 77-meter (231 feet) minaret is a great reference point for tourists who are visiting other tourist attractions in the area. It is the tallest structure in the vicinity, and it is clearly visible no matter which side you are approaching from.

It can certainly make finding your way back to Marrakech’s main square very easy if you start feeling a bit lost.

Realistically speaking, there are better and more interesting Marrakech tourist attractions, but the mosque’s central location and its history make it good site to visit while you are in Marrakech.

Many of our Egypt and Morocco tour packages feature a visit to Koutoubia Mosque, but would-be visitors should bear in mind that non-Muslims are not allowed into the mosque itself. However, non-Muslims can still stroll around in the grounds of the mosque and take photos of its exterior.

A Brief History of Koutoubia Mosque 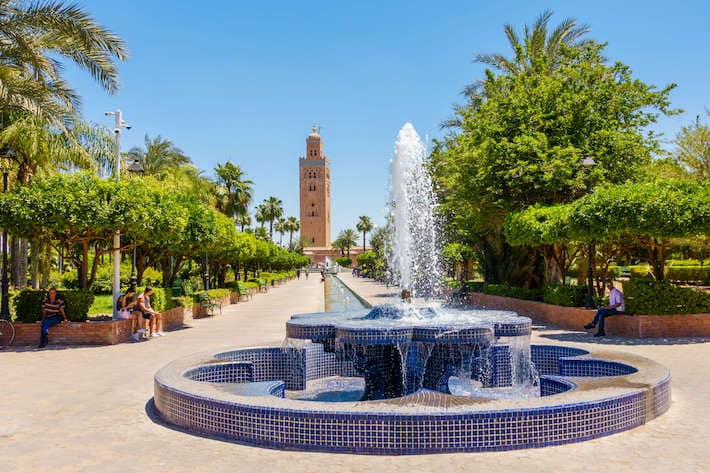 Koutoubial Mosque was commissioned by Yaqub al-Mansur, a Berber Almohad Caliph who reigned from 1184 to 1199.

After the mosque was completed, its design also inspired the design of some other historical buildings, including Hassan Tower in Rabat and Giralda in Seville.

Following the death of Ali ibn Yusaf, an Almoravid leader who died in 1147, the rival Almohads soon seized power and took control of Marrakech and Abd-al-Mu’min became the territory’s new ruler.

The Almohads considered the Almoravids to be heretics, and as a result of this, they did not want to see any trace of religious buildings or monuments built or used by the Almoravids.

Abd-al-Mu’min immediately ordered the building of the original Koutoubia Mosque on the grounds of the deceased Almoravid leader’s palace. The building of the mosques began at some point between 1147 and 1154 and it was completed in 1157.

However, half way through the building of the mosque, it was realized that the main prayer wall had not been built in correct alignment with Mecca.

As a result of the mistake, numerous changes were made to the mosque. These changes were ongoing until the end of the 12th century.

Shorty after its completion during the rule of Almohad Caliph Yacoub El-Mansour, the Andalusians arrived and they conquered the Almohad Dynasty.

The problem of the misaligned prayer hall was not a major issue because worshippers could simply orientate themselves correctly during prayers, but nonetheless, the decision was made to build a new mosque from scratch, adjacent to the original one.

In fact, work on the original mosque was still ongoing even as the new mosque was being built.

Interestingly, both mosques stood alongside each other for 30 years, but after this period the first mosque was neglected and soon fell into a state of decay.

Today, Koutoubia Mosque is not only the biggest, but also the most complete building that remains from the Almovad period. 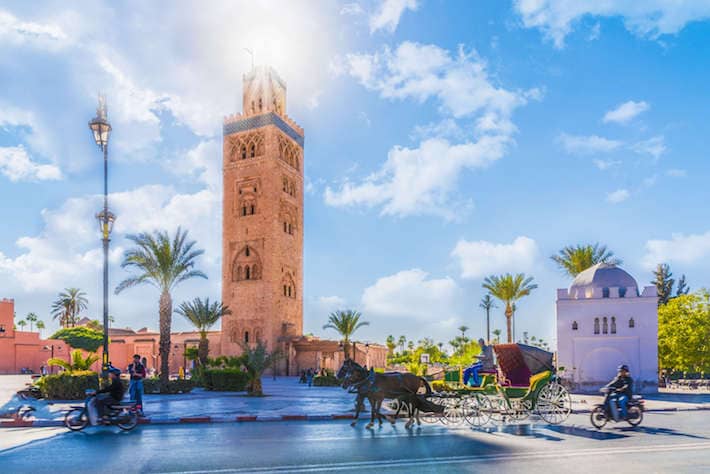 Koutoubia Mosque is located in the Medina quarter of Marrakesh.

There is no strict dress code at the mosque, although Muslim visitors are requested to dress conservatively if they intend entering the mosque.

As has been mentioned, Non-Muslims are not permitted in the mosque, but if you want to get a rough idea of what the interior looks like, you can visit and enter the Tin Mal Mosque which was built along similar lines.

It is also only about 200 meters from Jemaa el-Fnaa, the main square and marketplace in Marrakech which has been in existence ever since the city was first founded.

Jemaa el-Fna is an incredibly popular attraction that features in nearly all of our Morocco tour packages, as well as in most of our Egypt and Morocco tours.

So, if you are going to be visiting Jemaa el-Fna, you may as well walk the short distance to see Koutoubia Mosque while you are in the area. 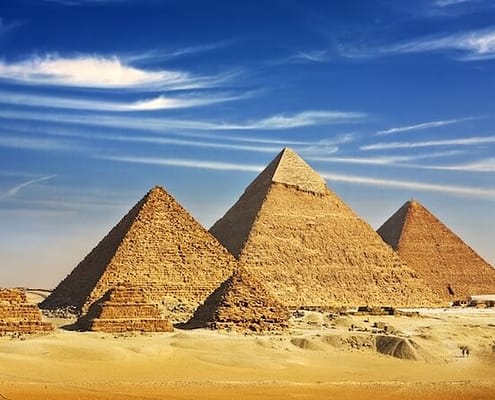 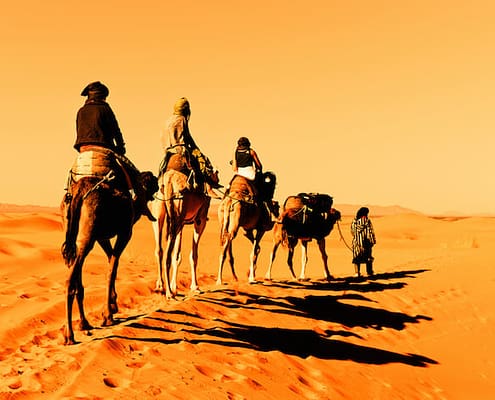 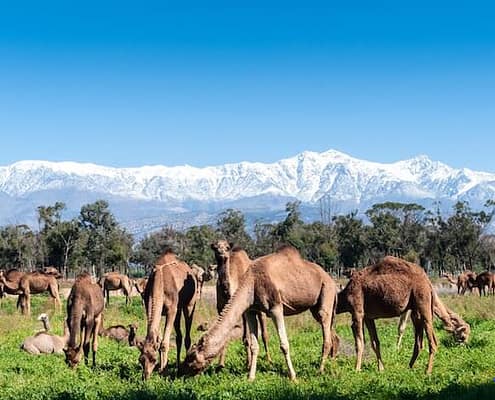 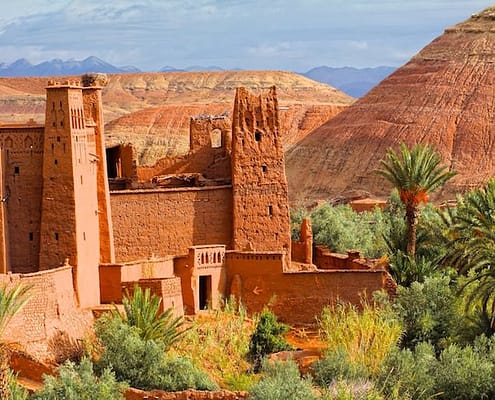 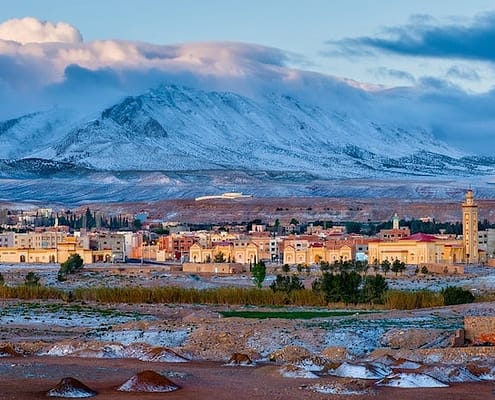 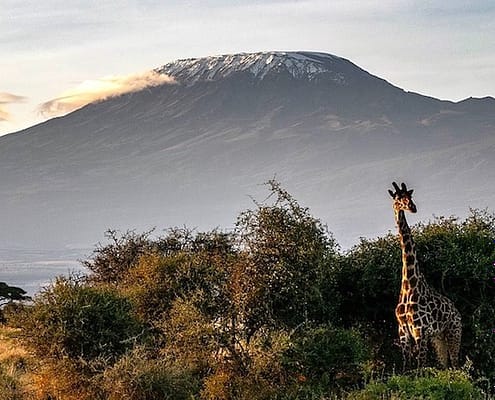 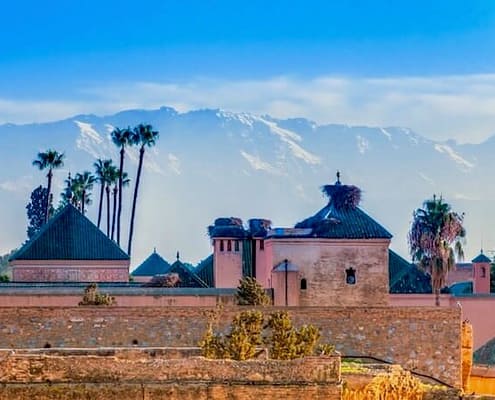 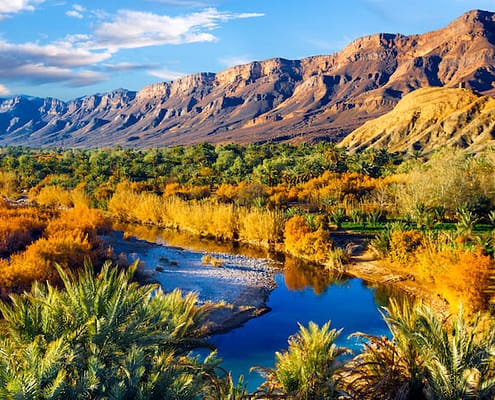 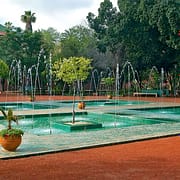 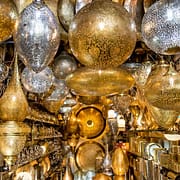 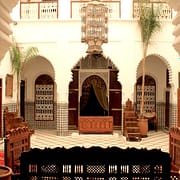 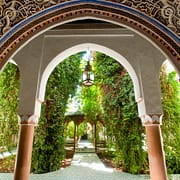 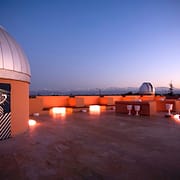