Gain a better understanding of the world and those around you with Egypt Cultural Tours that bring you face to face with the cultures which have helped shape Egypt for millennia. Our cultural tours of Egypt combine incredible sightseeing with unsurpassed customer service and the opportunity to mix and mingle with the different cultures which make up the population of this fascinating country.

Our private guided Egypt tours are affordable high quality tours that are available in all shapes and sizes, and they can also be customized to fit your own exact needs. A cultural tour of Egypt really is an experience not soon forgotten. Mosque of Sultan Hassan and the Pyramids in the background, Cairo (photoshopped)

Egypt Cultural Holidays are so vastly different to the sort of cultural tours you can find in other countries, but of course most people already know that. After all, a well-planned and well-structured tour in Egypt essentially brings you face to face with more than 5,000 years of history, and the different cultures which helped shape this vast amount of history.

Egypt cultural tours should be beyond memorable; they should be totally unforgettable. Of course, they should be unforgettable for all the right reasons rather than for all the wrong reasons. Unfortunately, it doesn’t always work out this way if you happen to place your trust with the wrong tour operator. There are many tour operators out there with only one thing in mind: to get you to book one of their tours and pay for it. It is all about making a sale and sealing the deal.

When people book Egypt Cultural Tours through us, they don’t have to worry about anything because they are booking their tours through an Egypt tour operator that has been offering high quality guided tours of Egypt and beyond ever since 1955. It would simply be impossible for any tour operator to remain in business for so long if they failed to deliver on their promises. With us, you know that you are dealing with a company that has stood the test of time. Tourists in front of the Alabaster Mosque, Cairo Citadel

Almost all of our Egypt cultural tours begin in Cairo, with sightseeing starting on the day after you arrive. Experience has taught us that most people just want to relax and settle down for a while after they land in the Land of the Pharaohs, and this explains why we don’t schedule any tours for the day you arrive. However, once you have finished your breakfast the following morning, one of our drivers and one of our English speaking Expert tour guides will fetch you from your hotel, and your incredible journey of discovery will get underway.

The exact places you will be taken to see, and also the number of place you will visit in and around Cairo will of course depend on which one of our Egypt cultural tours you choose. That having been said, there are a few particular attractions which feature in most of our Egypt package tours, such as the Giza Pyramids and the Sphinx; the world-famous Egyptian Museum and the Khan El Khalili Bazaar for example.

Coptic Cairo – The Rise of Christianity in Egypt

Coptic Cairo is a part Old Cairo that has been inhabited since the 6th century BC. The area was once the Roman stronghold, even before Christianity became a mainstream religion. Today, Coptic Cairo refers to the oldest section of the ancient city which served as the heart of the Coptic Christian community. Within this area, you will find five original churches; Egypt’s oldest synagogue, and the very first mosque ever built in Cairo.

Other attractions in the area include the Babylon Fortress and the Coptic Museum. Visiting and exploring Coptic Cairo is a wonderful cultural journey through an important and very influential phase of Egypt’s past. As has already been mentioned, nearly all of our Egypt tour packages include some time in Cairo during which you will be taken to see a number of cultural sites. However, if you want a really immersive cultural experience, then it would take a lot to beat a walking tour of Coptic Cairo.

Islamic Cairo – The Rise of Islamic Dominance in Egypt

Like Coptic Cairo, Islamic Cairo also features prominently in Egypt Cultural Tours. Also known as Historic Cairo, Islamic Cairo is a UNESCO Cultural World Heritage Site which is located in the center of modern-day Cairo, around the walls of the Cairo Citadel and the ancient city. It is home to several famous mosques, madrasas, hammams and fountains. It was one of the world’s first Islamic cities, and by the 14th century it had become the new center of the Islamic world.

There are just so many amazing things and places to see here, including the Mosque of Amr ibn al-As. This was the very first mosque ever built, not only in Egypt, but on the entire African continent. The Mosque of Ibn Tulun is another must-see site. Not only is it a remarkable looking mosque and also a really huge one, but it is also the oldest mosque in Egypt that is still in its original form.

In short, Islamic Cairo, or Medieval Cairo as it is often called, represents a pivotal era in Egypt’s history. The area is literally oozing culture. For this reason, nearly all our tours include visiting at least one or two cultural attractions, but as is the case with Coptic Cairo, the true charm of Islamic Cairo is best appreciated by means of a walking tour or a regular tour that focuses only on Islamic Cairo.

The Birqash camel market is located about 35 kilometers northwest of Cairo, in a town of the same name. You won’t find this market mentioned or featured in many Egypt Cultural Tours, in part because you need to set out very early in the morning, and also because visiting what is Egypt’s oldest and biggest camel market, is not for the faint-hearted.

The heat; the smell; the noise, and the chaos are just too much for some people. Added to this is the fact that it is not all that uncommon to see handlers and traders treating their camels with cruelty. However, if you think you have what it takes and you want a true cultural experience, a visit to the market might be exactly the sort of thing you are looking for because you will see people buying and selling camels just as they have always done, and you will be right there in the heart of it of it all.

Egypt is an expansive country, and different cultural influences can be seen all around the country, including in places such as Alexandria, Aswan and Luxor. Alexandria, for example, is a great place to visit if ancient Roman culture fascinates you. The city is also less touristy than places like Aswan and Luxor, and the pace of life slower as well.

Nearly all of our Egypt Cultural Tours include a Nile River cruise between Aswan and Luxor, but most don’t include time in Alexandria. Some do however include a day trip to Alexandria and a private guided tour to all the best cultural sites. Some of our Egypt cultural tours also include an optional Alexandria tour on a day in your itinerary that doesn’t have any scheduled tours.

This allows you to decide whether you want to visit Alexandria, or whether you would rather have the day for yourself to enjoy as you wish. The Nile River cruises which feature in our amazing Nile cruise holiday packages are almost exclusively about ancient Egyptian culture, the way it was during the time of the pharaohs. It is during these cruises that you will get to see and explore many of Egypt’s best ancient tombs and temples, and since you will always have one of our expert tour guides with you, will know exactly what all those paintings and hieroglyphics mean that you will see inside temples and tombs, and how they relate to ancient Egyptian culture.

Of course, Nile River cruises are not only about sightseeing, so you can also expect plenty of time for relaxing while you are sailing on the Nile. Many cruises also include cultural events such as Egyptian belly dancing shows, Nubian folkloric shows, Galabeya parties and etc. No matter how you look at it, our Egypt Cultural Tours contain all the right ingredients for an Egypt vacation of a lifetime.

If you are ready for an unforgettable travel adventure, contact us right now and together we can start the ball rolling. 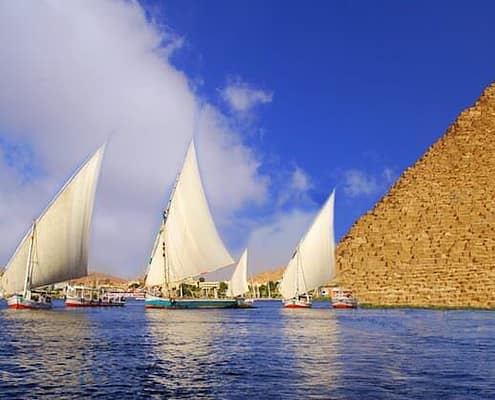 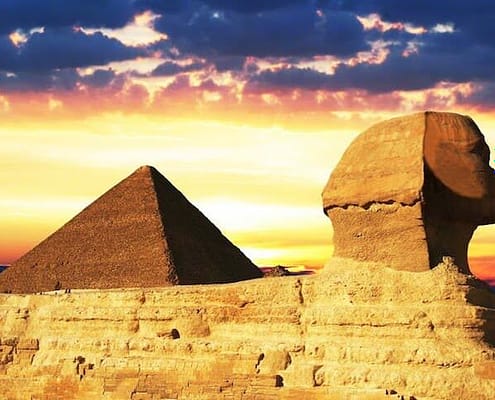 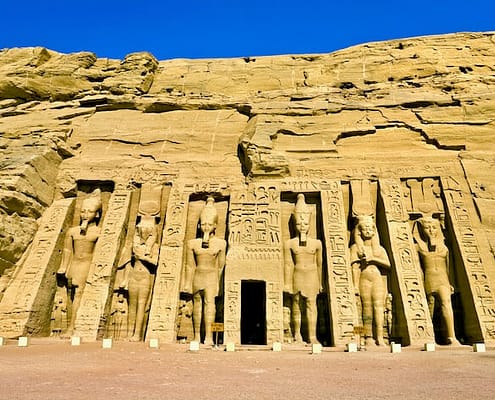 Escorted Egypt Tours – The Only Way To See The Real Egypt