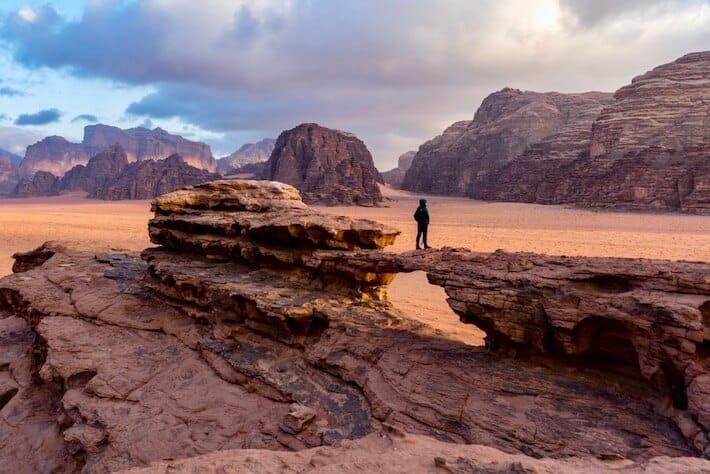 View of the Wadi Rum Desert in Jordan.

After all, if your goal is to spend a lot of time in Amman, the best season or time for you to visit that area may be different than if you wanted to visit somewhere like Aqaba along the shore of the Red Sea or Petra in the arid deserts of western Jordan.

Yet, it is extremely fair and accurate to say that the best time to visit Jordan is anytime because it is authentically a year-round destination. However, there are “better” times for each of the country’s different areas.

Glancing at a map of Jordan can be misleading. You may look at it and think one word – desert. With borders along Syria, Israel, Saudi Arabia and Iraq, it is easy enough to misjudge the landscape. The three climatic zones in Jordan include:

You will want to pay attention to the best time to visit Jordan based on the specific areas you hope to explore. While it is fair and accurate to say that the western region is somewhat Mediterranean in its climate (cooler and wetter winters and hotter dryer summers), the country is roughly 80% arid desert. The Mountain Heights Plateau, of course, is radically different and where the bulk of the country’s cities are found.

When is the Best Time to Visit Jordan Based on Weather?

As one expert has said, “The same January day could have you throwing snowballs in Ajloun or topping up your tan on the Red Sea beaches,” so you’ll want to give some thought to your itinerary. Generally, most agree that March through May (the traditional spring season) is one of the best times to visit Jordan for the predictable temperatures and conditions.

There will also be wildflowers in most of the climates and humidity will keep everything comfortable. However, it is also a time of year when the khamseen (Hahm-seen) winds arrive. These are hot desert winds that last for a few days but which will boost temperatures even as they darken the sky with sand and grit. Thus, a spring visit to the eastern desert area needs to coincide with the time before the khamseen is due.

Summer is not always the best time to visit Jordan as it is quite hot and many avoid visits to the Dead Sea and Aqaba – or most of the Jordan Valley at those time. Generally, if you intend to visit from June through September, it is time to be in the mountains, or live like a local and use noon to 3 or 4 PM each day as a time to nap and stay coolly indoors.

The autumn may also be quite hot, but (just as the spring is one of the best times to visit Jordan) the early October through mid-November period may also coincide with the arrival of the first rains, which brings about a second season of wildflowers in many areas as well as a more hospitable climate. There are always risks of flash floods with heavy rains, but Jordanian officials are excellent at offering warnings of which wadis and low-land areas to avoid.

Winter is a great time for the traditional “hot spots” like the deserts and Jordan Valley. The heights can actually be too cold in December through February, with Amman seeing periodic snow and bitingly cold winds. There are also lots of rain showers in the heights, and even Petra becomes a relative ghost town because of the short days and brutally cold winter evening temperatures. This is a great time to see the glories of Wadi Rum or dip your toes in the waters of the Red Sea at Aqaba.

A Summary of the Best Time to Visit Jordan

So, if you are still a bit unclear as to the best time to visit Jordan, let’s summarize what we have discovered by considering typical activities and itineraries:

Just like many other areas, winter may be a very quiet time, but the peak of summer can be too. If you are not someone averse to stifling heat, you may find that September or June may allow you to visit typically busy spots like Wadi Rum and Petra without a lot of fellow travelers.

Is there an authentically “best” time to see Jordan? No, it is great at any time as long as you know where to go for the best weather. Need help planning the best Jordan vacation possible? The team at Egypt Tours Plus can offer you a custom, private or group tour of Jordan or of Egypt and Jordan combined at the best time of year for your travel goals. 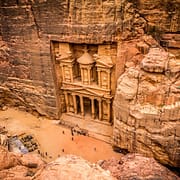 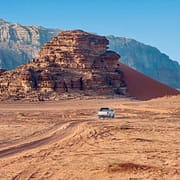 What to Pack for Jordan 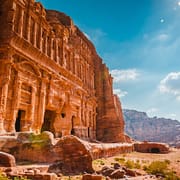 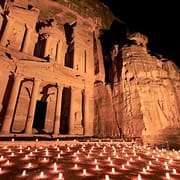 Why Jordan Tours Are a Brilliant Idea for Your Next Holiday