You are here: Home › Egypt › Egypt Travel Blog › Travel Information › Where To Go In Egypt? 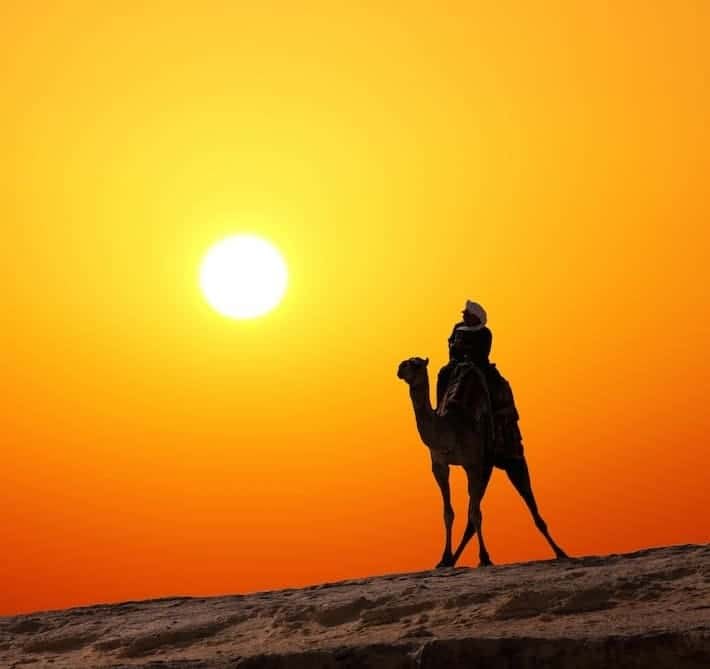 When people think about where to go in Egypt, they often find themselves becoming somewhat confused and uncertain, and for good reason. Egypt is not only a land of antiquity; it is also a land of beauty and splendor that has so much to offer tourists visiting the country. Egypt consists of various distinctive regions, with each of those regions being wonderfully unique in their own special way. Knowing what each region has to offer can make planning a vacation so much easier.

Where to Go in Egypt – The Nile River

The River Nile has been the lifeline of Egypt for thousands of years. It is the longest river in the world and it stretches from Burundi, just south of the equator in East Africa all the way to the Mediterranean Sea. This unique river has a north-bound route. Its fertile banks are what allowed the ancient Egyptian civilizations to thrive and grow. Sailing along the Nile in a boat is a time-honored way for travelers and tourists to follow in the footsteps of the ancient pharaohs.

Nile cruise holidays allow visitors to really see and experience a number of towns and cities located along the river banks. With a quality cruise you will enjoy professionally guided tours at some of the best places to visit in Egypt. Explore ancient temples and tombs dating back thousands of years; experience the local culture of the inhabitants that live alongside the river, and watch as timeless scenery slips quietly by.

Visitors can experience the Nile River in several different ways, ranging from 5-Star luxury cruise ships to authentic river paddle steamers; from traditional Dahabiyas to time tested Feluccas that have been used on the Nile in one form or another since antiquity.

Today, nearly all Nile River cruises operate between Luxor and Aswan, stopping along the way to visit some truly amazing sites, including the amazing Temple of Horus in Edfu which is only accessible via Nile cruises. There are however a few top rated cruises that also operate between Cairo and Luxor or Cairo and Aswan.

Cairo is Egypt’s lively and chaotic capital, geographically located in Lower Egypt. The city is home to more than 16 million people. Over the course of its history, the area which is today known as Cairo has been ruled by Romans, Greeks, Ottomans, Arabs, the French and the British. When you visit the city today, you can’t help but notice how many buildings reflect the influence of the various civilizations who have ruled this ancient land.

Just as Egypt has different regions, Cairo is also divided into several parts, each with its own unique things to see and places to go. Old Cairo, also referred to Coptic Cairo has been inhabited for more than 2000 years and features the famous Hanging Church and the Ben Ezra Synagogue. You can also find many more of Cairo’s churches in this part of town.

In Islamic Cairo which is also known as Medieval Cairo, you will find a number of bazaars, including the famous Khan Al-Khalili bazaar and some of the oldest and most popular mosques in the country, including the Mosque of Muhammad Ali; the Al-Azhar mosque, and the Ibn Tulun mosque. This is also where you will find the imposing Cairo Citadel.

The city of Cairo also offers some amazing insight into ancient Egypt. The legendary Egyptian Museum is located within the city limits and houses the world’s largest collection of Egyptian artifacts. Located on the outskirts of the city are the world’s most famous ancient attractions, the Great Pyramids of Giza and the Sphinx. Both these attractions are incredibly popular. In fact, the Giza necropolis is often the first place tourists head for when they visit Egypt, and you’ll find them featured in almost all Cairo tour packages.

Other things to see and do in the city of Cairo include a visit to the City of the Dead, renting a Falucca sailboat and sailing on Nile River, enjoying Sufi dancers at the Citadel, bartering for souvenirs at the local bazaar and enjoying a camel ride.

Besides all the attractions in the city itself, there are also several other ancient monuments which are just a short drive away from the Egyptian capital. One example would be the famous Step Pyramid of Pharaoh Djozer. This is believed to be the first pyramid ever built by the ancient Egyptians. One could also take a day trip to the Dashur Pyramids which are among the oldest pyramids ever discovered in the country, and certainly far older than the pyramids at Giza.

Over and above all the attractions and activities on offer, Cairo also has plenty of good eateries and lots of great hotels to stay in, including many luxurious ones. First and foremost however, Cairo is all about sightseeing.

Where to go in Cairo and Lower Egypt?

Upper Egypt is where ancient Egypt flourished. As such it is the place to go to see the ancient Egyptian treasures that makes Egypt such a phenomenal tourist hot-spot. Here tourists will find the famous Valley of the Kings and the tomb of Tutankhamen. The two major tourist-related cities found in Upper Egypt are Luxor and Aswan. Another interesting and culturally different area to visit in Upper Egypt is Nubia.

There is such a high concentration of ancient temples and burial grounds in Upper Egypt, that this part of the country is often described as being the world’s biggest open air museum.

Where to Go in Upper Egypt?

When people are thinking about where to go in Egypt, they quite often overlook the great Sahara Desert, which coincidentally is the largest desert on the African continent, and also the world’s hottest desert. It covers an amazing 9,400,000 square kilometers and stretches from the Red Sea to the outskirts of the Atlantic Ocean. Its driest region is known as the Libyan Desert. The Sahara Desert is also called Al Sahara Al Kubra, meaning “The Great Desert”.

As many people have discovered, the Sahara Desert is both beautiful and deadly at the same time. It has one of the harshest climates in the world, where temperature extremes can reach up to 138 degrees F and vast sandstorms and dust devils can be created by strong winds. Most of Egypt’s Sahara Desert is completely arid, with little to no vegetation. While it may not rain in the Sahara very often, when it does rain there is a very real risk of flash floods.

The desert is also the home of many potentially dangerous animals, including the Deathstalker scorpion, monitor lizards and Hyrax sand vipers. Visitors to Egypt can take camel rides and 4×4 jeep adventures into the desert with guides to experience the grand vastness and tranquility of the world’s largest desert.

There is much to see in the Sahara including desert oases, including the Siwa Oasis, the Farafra Oasis, the Kharga Oasis, the Dakhla Oasis, and the Bahariya Oasis, which is the home of the Cleopatra II Bath. Other exciting attractions that can be found in the Sahara Desert include the White Desert, which features beautiful wind carved white rock formations, Al Alamein, the place where the Allied forces gained a decisive victory over the Axis powers in WWII, Valley of Whales which is home of many sea fossils including whole skeletons whales and sharks, and the Gilf El-Kebir, a beautiful sandstone plateau.

You can hike the dunes, sleep out under the stars, ride a camel or take a safari ride in the Sahara Desert. Because the desert is a naturally dangerous place it is highly recommended that all tourists travel with an experienced guide.

The Red Sea sits just off the Egyptian coast and it is known to be one of the most popular scuba diving and snorkeling destinations in the world. The Red Sea’s underwater paradise is one of the most beautiful in the world as well. The clear water offers spectacular visibility and there are plenty of exotic underwater creatures to view and seascapes to visit. The sea walls, gardens and reefs are excellent places to view shallow water marine life. The area’s underwater wrecks are also great places to see open-water sea creatures such as sharks and sea turtles.

Even if you are not a SCUBA diving or snorkeling enthusiast, the Red Sea also offers plenty of beach-front resorts to enjoy. Areas like Hurghada and Sharm El Sheikh are also very well known for the vibrant nightlight and world class shopping

The most popular tourist destinations located on the shores of the Red Sea coast are Hurghada, Sharm El Sheikh, Dahab and El Gouna, If you are still undecided about where to go in Egypt, spend a few days relaxing by the Red Sea coast will always prove to be a good bet.

Also located here is Mount Sinai, where most people believe Moses received the 10 Commandments. If you intend visiting the Sinai Peninsula, please note that the northern parts of Sinai are not safe for foreigners to travel to.

Egypt’s Gem of the North

Upper Egypt’s Mediterranean coast is the home of the exciting yet laid back historical city of Alexandria, founded by Alexander the Great.  This region is now a growing resort-style destination for wealthy Egyptians living in Cairo, and its biggest draw are its long strips of sandy white beaches. Finding a spot to sit on one of these densely crowded beaches can be difficult however, especially on weekends and on public holidays.

Most western tourists visit the North Coast of Egypt to experience its amazing SCUBA diving sites. This undersea world is full of exciting things to see; including what some believe to be the ruins of Cleopatra’s palace and a number of WWII related wrecks and submerged planes. Like other old cities in Egypt, Alexandria is also home to many wonderful attractions, both ancient and modern, one of which is the New Alexandria Library. The best way to experience Alexandria is to visit the area as part of an Egypt package vacation.

With so many places to see and things to do in Egypt, perhaps it would be better to ask where not to go in Egypt, rather than asking where to go in Egypt. The Land of the Pharaohs really does have plenty for everyone.